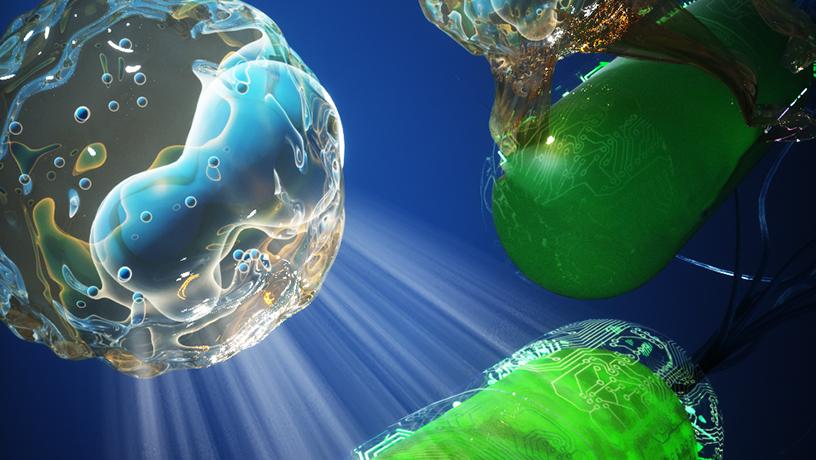 Columbia Engineering researchers have developed a type of “invisibility cloak” that helps engineered bacteria sneak through the body’s immune defenses. As the result, these bacteria are able to deliver drugs to tumors and kill cancer cells more effectively.

Therapeutic bacteria or bacteria‐assisted tumor‐targeted therapy is a very promising technique in treating cancers. But there are a lot of challenges in using these bacteria. As these bacteria can grow speedily in the body, our body’s immune system sees them as a threat. This can lead to an extreme inflammatory response.

”In clinical trials, these toxicities have been shown to be the critical problem, limiting the amount we can dose bacteria and compromising efficacy,” said Columbia University’s Jaeseung Hahn, who co-led the research. “Some trials had to be terminated due to severe toxicity.”

However, genetic engineering will add to its capabilities. In experiments, these masked therapeutic bacteria helped in wiping out diseased cells in mice. Moreover, researchers foresee that this technique will work even better in humans, who are 250 times more sensitive to bacteria.

Biomedical engineer Professor Tal Danino, said, “What’s really exciting about this work is that we are able to dynamically control the system,”

“We can regulate the time that bacteria survive in human blood, and increase the maximum tolerable dose of bacteria. We also showed our system opens up a new bacteria delivery strategy in which we can inject bacteria to one accessible tumor, and have them controllably migrate to distal tumors such as metastases, cancer cells that spread to other parts of the body.”