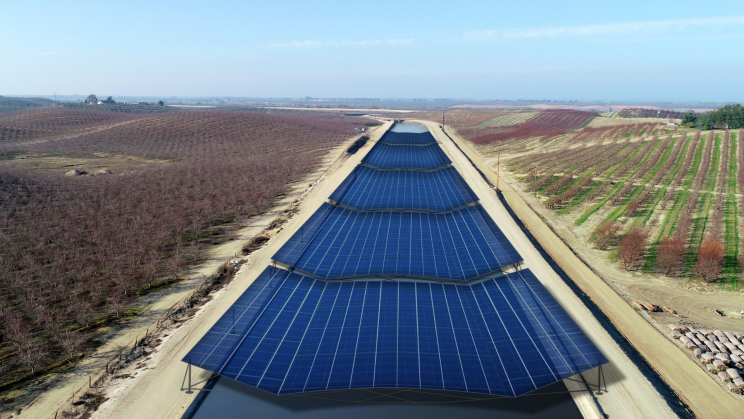 Although solar energy is one of the fastest-growing renewable energy, it is also facing many challenges. One of the biggest challenges is that Solar Plants require considerable space that could be used for other purposes. The land used for solar plants is usually flat, large, and with a lot of access to the sun, which is also ideal for crops.

Now a new project that plans to cover irrigation canals with solar panels has been started in Central California. The Turlock Irrigation District (TID) in California has taken this step to put solar panels on its open water canals. TID has announced Project Nexus, which plans to cover two canal segments for the time being.

According to the estimates by a study, covering all of California’s canals with solar panels would result in 4,000 miles of solar coverage. These panels will help in the annual saving of up to 63 billion gallons of water, and the generation of 13 GW of solar energy.

Water and electricity utility Turlock Irrigation District (TID) got a grant of $20 million from the state for this project.

TID Board President Michael Frantz said, “In our 135-year history, we’ve always pursued innovative projects that benefit TID water and power customers. As the first public irrigation district in California, we aren’t afraid to chart a new path with pilot projects that have the potential to meet our water and energy sustainability goals.”