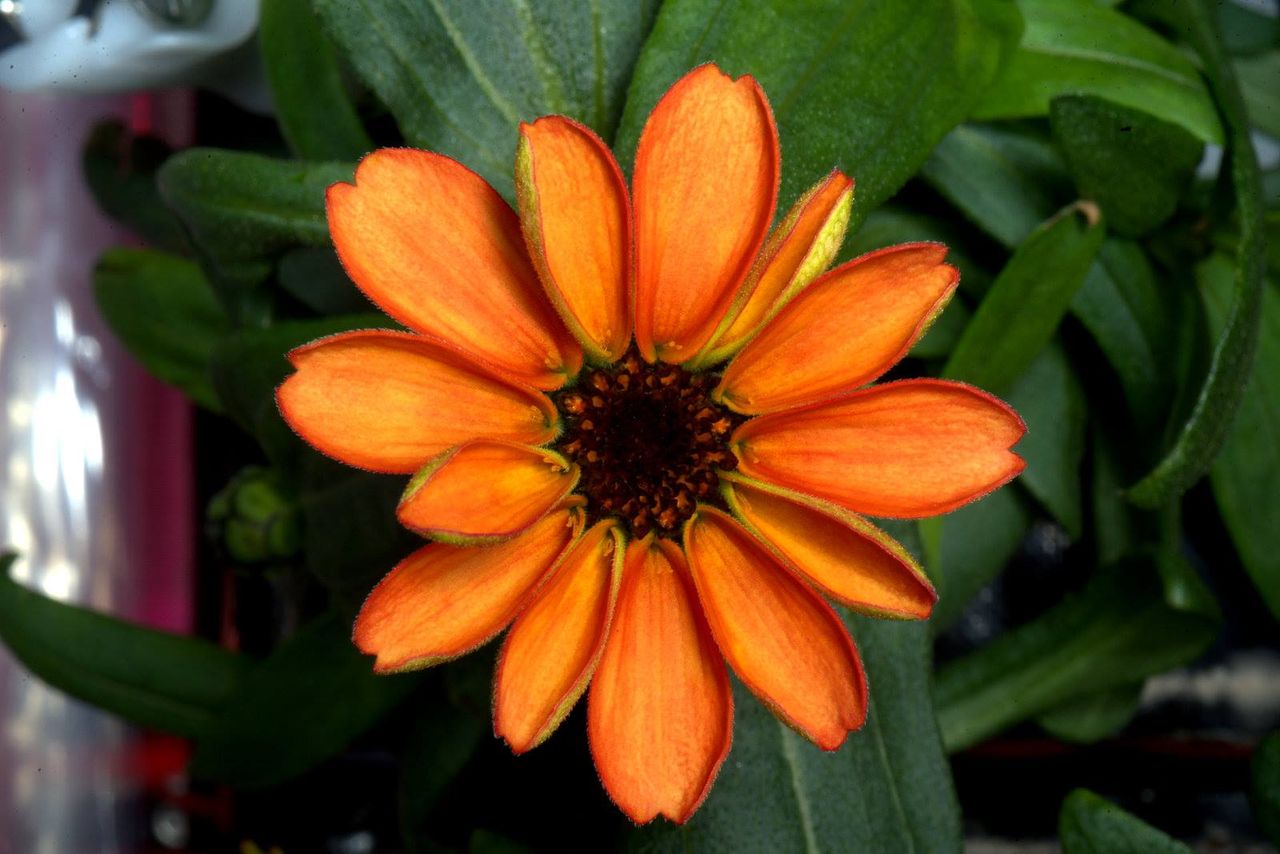 A zinnia plant has officially flowered on the International Space Station, marking the first flower grown in space, and we have a tweet from US astronaut Scott Kelly to prove it.

According to NASA, zinnias were chosen to “help scientists understand how plants flower and grow in microgravity.”

We’ve seen lettuce grown in space and even astronauts eating the space lettuce, but never a flower that has bloomed.

“It is more sensitive to environmental parameters and light characteristics. It has a longer growth duration between 60 and 80 days.”

“Thus, it is a more difficult plant to grow, and allowing it to flower, along with the longer growth duration, makes it a good precursor to a tomato plant.”

“Plants can indeed enhance long-duration missions in isolated, confined, and extreme environments – environments that are artificial and deprived of nature,” Alexandra Whitmire, of the NASA Human Research Program, added.

While not all crew members may enjoy taking care of plants, for many, having this option is beneficial.