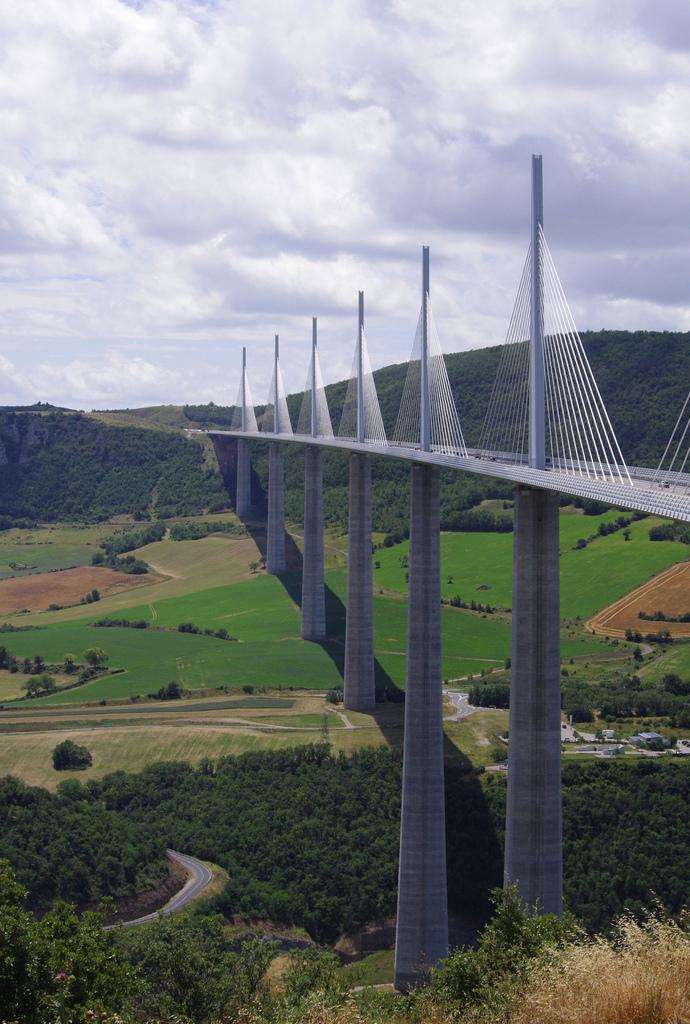 The Millau Viaduct was born out of a growing tangle of traffic on the route from Paris to Spain. The worst area was the pass through the Tarn River gorge near the town of Millau. The first plans were drawn up in 1987. Seven architect and eight engineering firms were consulted on how to solve the traffic issue. In 1996 the government solicited designs and the final verdict favored a cable-stayed design with multiple spans.

The first great challenge was deciding on the route. Of the four options the route west of Millau, which was supported by local opinion, presented the most challenging technical difficulties, especially the issue of crossing the valley of the Tarn. The other routes were eliminated for a variety of reasons including insurmountable technical issues and negative environmental impact.

Once the route was chosen, contractors with a wide range of expertise in technical, architectural and landscape design submitted five choices to a panel of artists and experts who made the final decision.

In 2005 the bridge opened ahead of schedule for business and in the same year carried home the “Holy Grail” of design and advertising, the D&AD Gold Award.