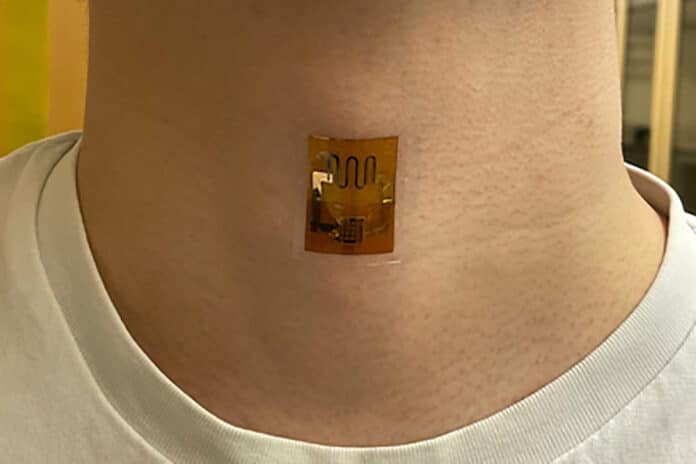 The major limiting factor of wearable electronics has always been the power supply. However, batteries make the devices bulky, and the batteries run down and must be changed or charged.

Just imagine a world where your wearable device never runs out of charge…because it used your sweat to power itself.

It sounds like science fiction but researchers at the University of Massachusetts Amherst have produced a bacterial biofilm that provides a continuous and steady supply of electricity from perspiration. The clear, thin, and flexible biofilm can be worn like a Band-aid.

It could revolutionize wearable electronic devices

During experiments, the biofilm skin patch worn on sweaty skin maintained its performance even after 18 hours. Even non-sweating skin generated a substantial electric output, proving that it could be a promising candidate for the continuous powering of wearable electronics.

The biofilm is a thin sheet of bacterial cells which are engineered versions of the bacteria Geobacter sulfurreducens. This microbe is known to produce and conduct electricity. It has been used earlier in “microbial batteries” to power electrical devices. The best part is that it does not need to be alive to generate electricity.