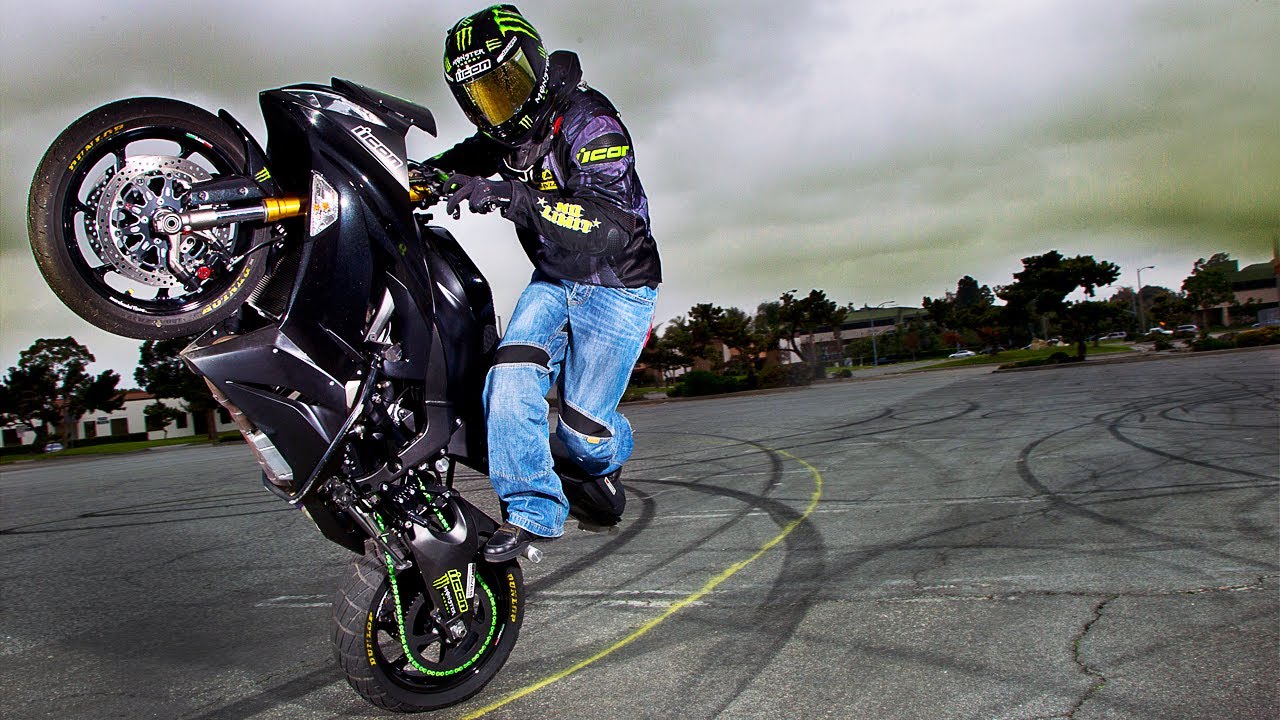 Base jumping, stunt airplanes, kite surfing, ice climbing and now the worldwide phenomenon of stunt motorcycles or “stunting”. From the United States to Japan, and India to Cape Town, motorcycle stunt riders are performing on public and private roads with custom built and fabricated motorcycles.

Predictably, Stunters give police headaches with their triple digit speeds and perilous stunts, often in heavy traffic and attract the opposite sex in droves, increasing the number of “showoff” stunts, accidents and headaches. Stunters are also showing up regularly in Hollywood movies, such as “The Matrix Reloaded.”

Stunters look like gymnasts on a pommel horse as they perform artistic and acrobatic maneuvers, swinging bodies into various positions: pikes, headstands, scissors, swings, flairs, loops and travels. The most skilled stunters have complete control over their bikes: back and front wheelies, burnouts, seat stands, high chairs, spreaders and many more. Stunt motorcycles are often custom built with some of the following:

Everyone has seen wheelies and tried them as a kid with a normal bike. Stunters perform wheelies in all kinds of positions while moving in circles, perched on one side or the other of the bike, with legs over handlebars and more.

There are various tricks and manuevers: