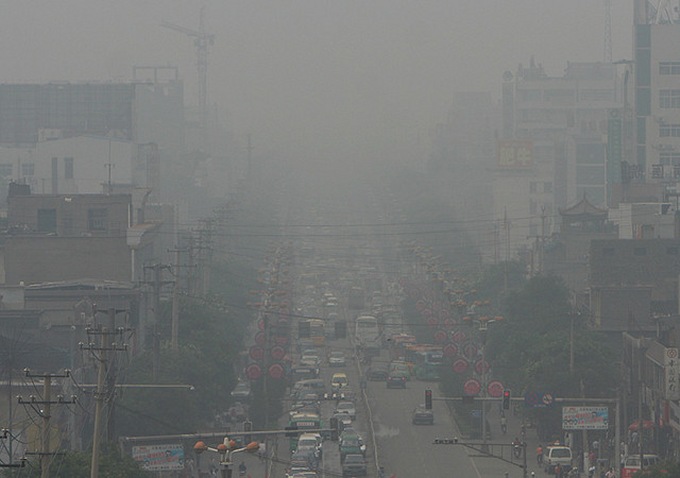 Is this common image in China what the US will look like some day? Photo © sheilaz413 / Flickr

Most people know about the unprecedented air pollution in most of the Chinese cities. It has long been known that air pollution from China even travels all the way to the western part of the United States.

Though it’s hard to believe that pollution can travel over 6,000 miles, recent studies have shown a whopping 29% of air pollution in San Francisco is ‘Made in China.’

Researchers from the University of California, Berkeley monitored the samples from the San Francisco Bay Area to see how much of northern California’s pollution came from East Asia. They concluded that 29% of the air pollution was from China, based on the particular pollutant.

Hazardous air pollution in China has forced schools to shut down or suspend outdoor activities in many Chinese cities. Tourism has also taken a hit. China, one of the most visited countries in the world, has seen a sharp decline in the number of tourists visiting the country.

Air pollution knows no boundaries if the weather conditions are right. Hazardous air from China can reach the west coast of the US within days.

Ironically, the US could also be contributing to its own pollution since the US exports millions of tons of coal a year to China.

It’s a classic situation where the US ships coal to China, China burns it for American penchant for Chinese-made products and the US gets back the pollution.