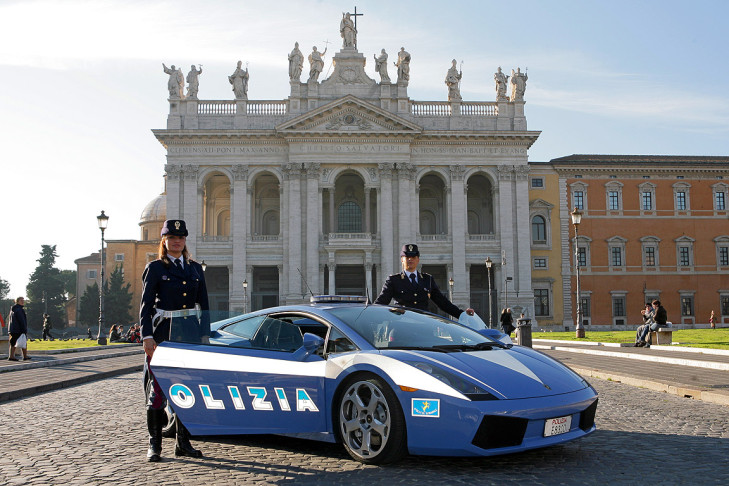 Police Adopting “First Rate” Conveyance: Will It Make A Difference?

Police car aficionados’ are enjoying life recently. Historically police vehicles have been somewhat ineffectual, dull, even jalopy-like and a hindrance to police unable to keep up with fast modern sports cars favored by criminal syndicates. Due to a farsighted change in principles, police now have an easier time harassing, plaguing, and bedeviling criminals whose free-handed and “hotfooted” days are numbered: no more stallions chased by donkeys. Police have been promoted, technologically speaking, up the food chain.

Police are adding “supercars” to their department lineups to meet specific needs, cutting criminals down in size and taking on a “larger than life”swagger of their own. IndustryTap covered Dubai police use of a $450,000 Lamborghini; they have since added a Ferrari. Police may finally be winning the “tug-of-war” in the scrap over what “adequate spending” means.

It should not be lost on anyone that the primary purpose of “super police cars” may be “packaging”, “promotion” and “hype”; these cars are not practical in many situations but may actually provide some deterrence if criminals think it unlikely they will be able to escape: no one runs away if they don’t believe it’s possible.

South Korea, for example, may never have a high speed chase, their roads being relatively clogged and narrow. High-performance “supercars” capable of handling twisting roads and high speeds are most likely to be effective where roads and highways are big, long and the focus is on catching speeders.

The fact that we see city police patrolling on bicycles speaks to the trend toward the police adopting the type of vehicle most effective in a given situation; this trend will continue around the world. If some forms of pursuit begin to produce more efficacious results they may be the perfect “segue” needed by officers to request additional high tech equipment to perform their jobs better.

Police Across World Getting On Board With “Supercars”

South Korea, Italy and the United Kingdom (UK) have Gallardos for PR and promotions and the cars are occasionally used in live chases as well. The UK also has a Murcielagos LP640 and a Ferrari 612s and the Netherlands a Volkswagen Golf MK5 R32′s.

German Police May Have It Best

The Germans use “supercars” by default: Mercedes, BMWs and Audi’s and have been used for decades.