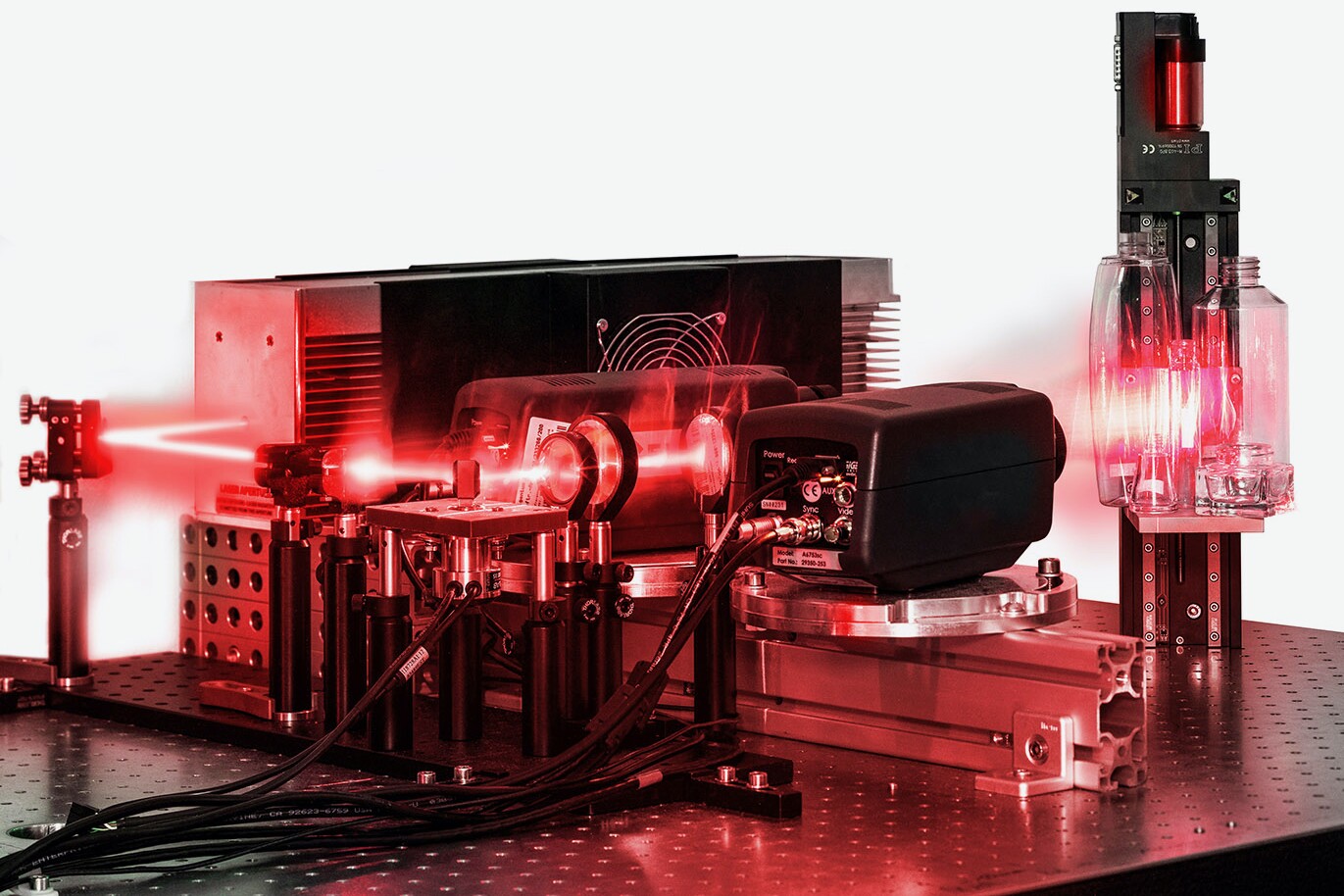 Researchers at the Fraunhofer Institute for Applied Optics and Precision Engineering (IOF) have developed a sensor to detect objects with reflective or light-absorbing surfaces.

The “MWIR 3D Sensor” also called “Glass360Dgree” works with thermal radiation for the 3D detection of transparent objects reliably for the first time.

The infrared laser heats the object to be measured at 3 ºC (5 ºF). Cameras determine the variations in the object’s heat signature from two angles to ascertain the object’s three-dimensional shape and size.

The absorbed thermal energy remains on the object for fractions of a second. So there is no risk of the item melting or burning.

“Glass360Dgree” could also be highly useful in large-scale industrial processes

“Our research group has been cooperating for years with companies from a wide range of production fields,” explains Dr. Stefan Heist, head of the “3D Sensors” research group at Fraunhofer IOF.

“Among them are companies from semiconductor manufacturing, the automotive industry, and aviation. We looked at joint projects from the past and analyzed how our 3D glass sensor could achieve better results than conventional sensors in various application scenarios,” explains the researcher, who has been working vigorously on new methods for 3D measurement for years. “We were able to identify three key starting points to make our system ready for potential use in a large-scale industrial manufacturing facility.”