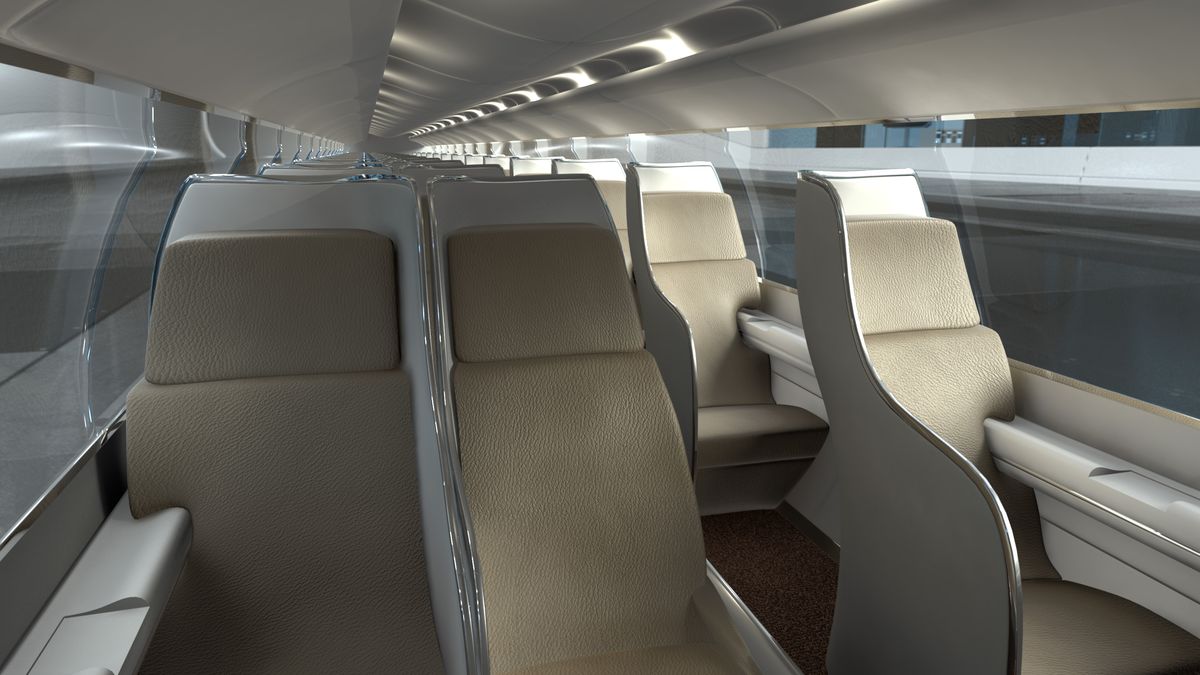 Hyperloop Transportation Technologies is great at designing what they think a Hyperloop and Hyperloop pods will look like.

In the company’s latest installment, we get an idea of what the inside of a pod might look like, which is essentially a claustrophobic train cabin.

Hyperloop Transportation Technologies is serious about their ambitions, however, recently announcing they would be using a new type of super-strong carbon fiber called Vibranium to make its pods as safe as possible.

Obviously, passengers aboard the Hyperloop will be going so fast they won’t be able to enjoy the scenery outside so HTT believes one solution could be to have digital displays on the windows in the pods which would encompass virtual and augmented reality.

I’ll tell you one thing; I don’t care how many of these images come out making Hyperloop pods look all cozy and normal. I will not be riding on a Hyperloop until we have thousands of successful runs at 760 miles per hour. Which One of NASA’s New “Tron-Like” Spacesuits Won the Vote?

Meet SR-71’s Mach 6 Successor, “Son of Blackbird”
Everything You Ever Wanted to Know About Slab Resolvers But Were Afraid to Ask