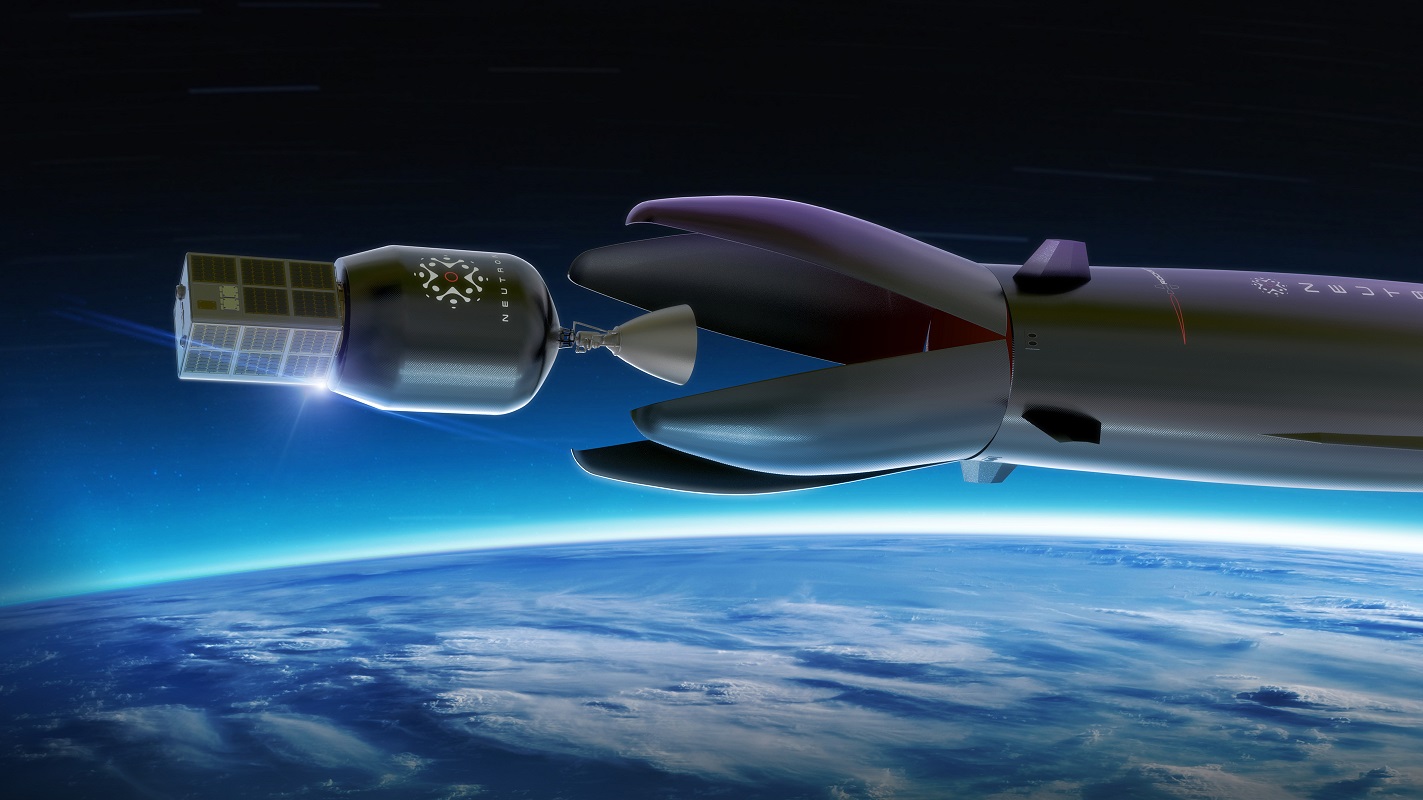 Rocket Lab, the American aerospace manufacturer and the only private entity apart from SpaceX to have launched satellites into space, has presented its first-ever reusable rocket, called the Neutron.

The concept is comparable to Falcon 9, but it relies on a two-stage system, the first one of its kind. Its design puts the payload inside the “belly” of stage 1, while the second stage is located inside the rocket, exposed by opening the payload fairing.

A similar approach was followed for the landing legs, which are retractable, sitting integrated into the rocket fins.

The advantage of this approach is having a much lighter second stage that doesn’t need its own thick shell and structural reinforcement to withstand the extreme forces generated during the first stage burn. On the lightness front, it is noteworthy that the entire rocket is built from carbon fiber composites.

From the “numbers” perspective, Neutron is characterized by the following:

Rocket Lab says the Neutron is designed for mega constellation deployment, deep space missions, and human spaceflight, which sounds aspiring. However, nothing can be said with certainty without the cost factor being accounted for.

The smaller ‘Electron’ rocket by Rocket Lab costs $7,000,000 per launch, whereas competitors like Alaska can launch their rockets (‘Rocket 3’) for only $500,000. Also, this is precisely the problem that SpaceX is facing right now, with high costs and low-volume rocket production threatening the company’s very existence, according to its CEO, Elon Musk.

According to Rocket Lab, the first launch for ‘Neutron’ should take place no earlier than 2024, probably using the MARS spaceport in Virginia for the first tests.