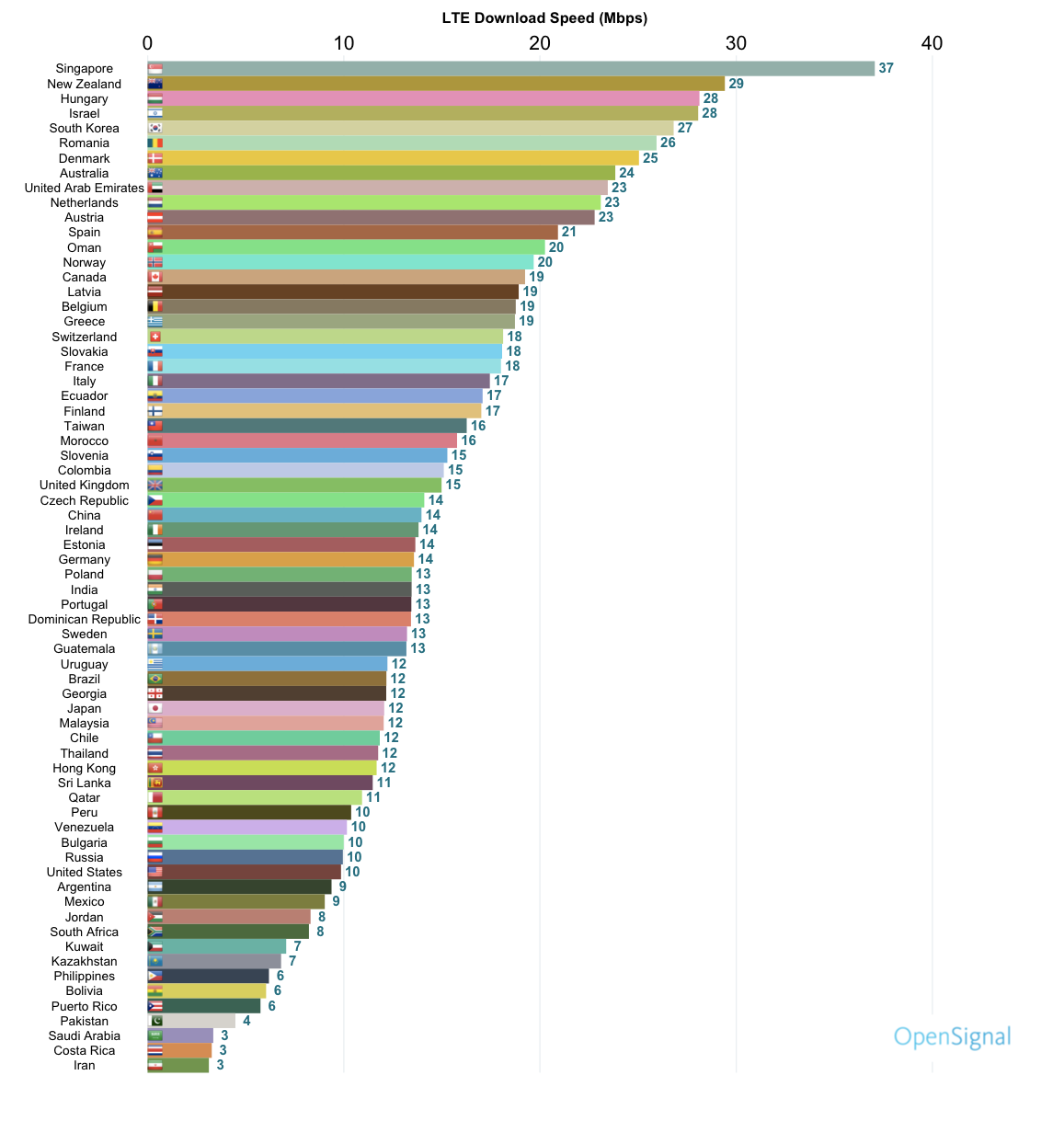 Looking for super fast LTE speeds? It turns out the United States isn’t your best bet, according to a recent report from Open Signal.

In fact, the US ranks 55th in the world for LTE speeds thanks to its average of 10Mbps, which is actually up three places from last year’s ranking, if you can believe it.

Topping the list is Singapore with an impressive 37Mbps, followed by New Zealand at 29Mbps, and Hungary at 28 Mbps.

Pakistan, Saudi Arabia, Costa Rica, and Iran round out the bottom of the list with LTE speeds ranging from 4 to 3Mbps.

It is important to note that while US LTE speeds leave something to be desired, the country does rank 7th in the world in coverage.