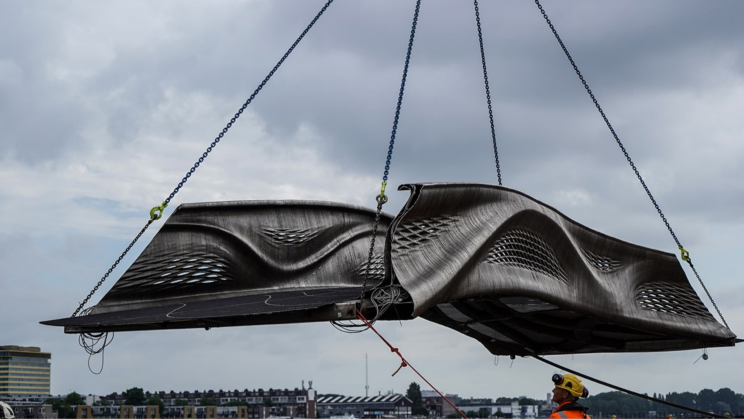 The world’s first 3D-printed steel bridge has been unveiled in Amsterdam by Queen Máxima of the Netherlands. The 12-meter-long structure will handle the pedestrian traffic.

The 6-ton steel structure is loaded with dozens of sensors. The researchers from Imperial College London will use these sensors to monitor and analyze the performance of the bridge. The data thus gathered would help the designers to understand how 3D-printed steel could be used for more complex building projects in the future.

The structure was transported to its location over the Oudezijds Achterburgwal canal in central Amsterdam for installation last week. However, the bridge is open to pedestrians and cyclists now.

Tim Geurtjens, of the company MX3D, said the bridge showcases the possibilities of the technology.

“If you want to have a really highly decorated bridge or really aesthetic bridge, suddenly it becomes a good option to print it,” he said. “Because it’s not just about making things cheaper and more efficient for us, it’s about giving architects and designers a new tool — a new very cool tool — in which they can rethink the design of their architecture and their designs.”