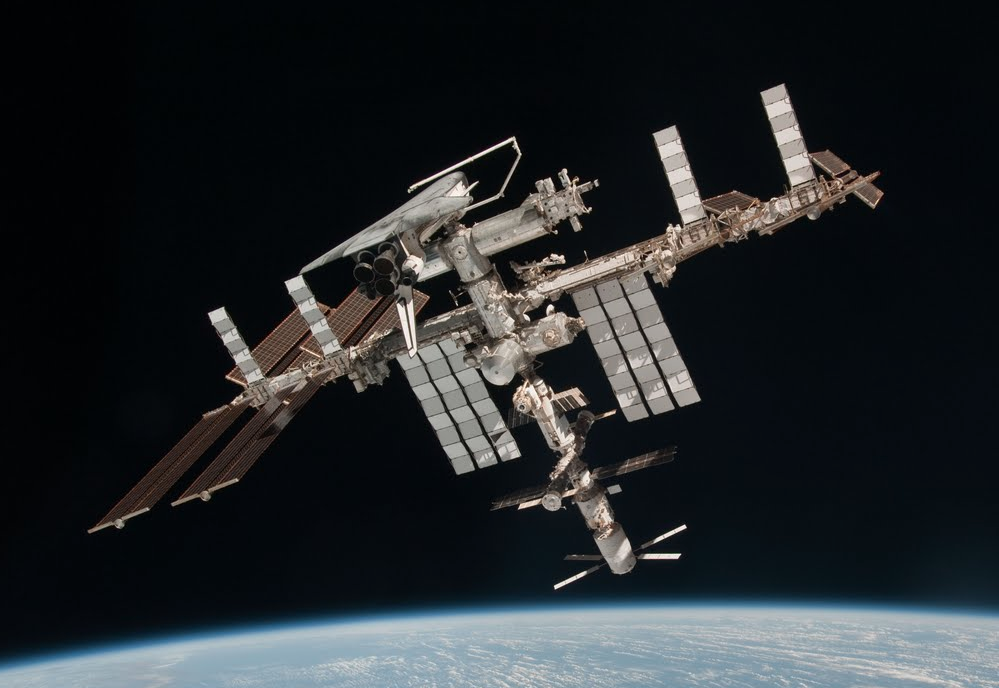 At Johnson Space Center’s International Space Station (ISS) Training Facility, NASA, with the help of Dartmouth University and others is developing a Virtual Space Station to help treat potential psychosocial problems of astronauts as they train for and conduct missions in space.

The program uses classroom situations, role-playing, realistic simulators and virtual reality environments to familiarize astronauts with hardware and systems and to rehearse duties they will be expected to carry out while on a mission to the ISS and beyond. All of space station and orbiter structures and systems are presented including electrical, heating, cooling, communications, etc. using graphics projected on the inside of virtual reality helmets worn by astronauts. Simulations are carried out with hand railings and other location markers to help the astronaut move about the environment.

The ISS is a pretty complicated and expensive machine and so astronauts are taken through the steps of learning the basics of the spaceship that will ferry them to the space station and the space station itself. Astronauts also learn using T 38 training jets.

Current programs to get astronauts up to speed take 18 months, sometimes longer. A special system called Virtual Operations and Training Environment (VOTE) provides a 3-D virtual environment and simulation tools that instructors can set up manipulate to help astronauts understand key concepts. Astronauts can practice spacewalks and robotic arm operation in a virtual environment around the space station using the exact equipment and docking configurations they will be working with.

Finally and most importantly astronauts practice hands-on medical simulations to help fellow astronauts should they become injured due to harmful biological, chemical or material elements in the space station environment.

NASA is now working on a software version of the Virtual Space Station so that it can be taken along on missions and allow astronauts to practice complex tasks and experiments just before performing them in space.

The following is a 3D virtual tour of the ISS, giving us some idea of what a Virtual Space Station looks like.