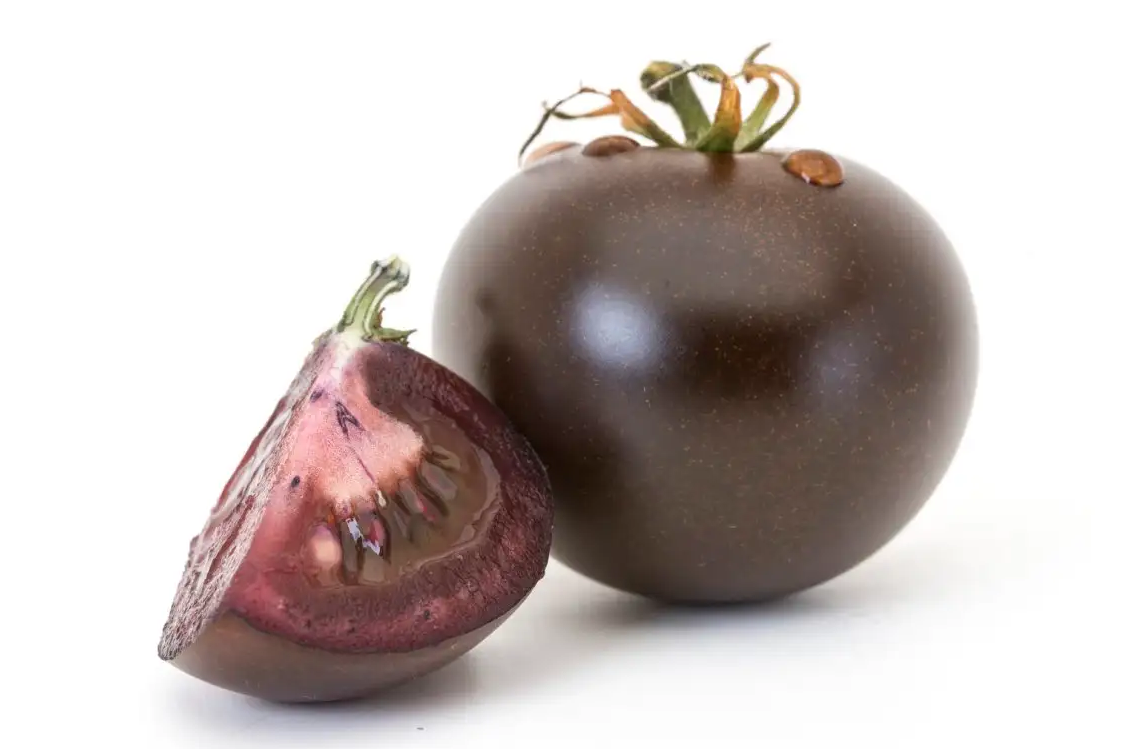 Anthocyanins are a group of antioxidants found in several fruits and veggies. The antioxidant is responsible for their purple color. It helps lower the risk of diabetes, and heart disease and may prevent inflammation. A diet rich in these compounds also benefits your memory and overall brain health.

Back in 2008, researchers created a purple tomato that was genetically modified to produce high levels of anthocyanins. The genetically enhanced purple tomatoes were invented by Norfolk Plant Sciences (NPS), a company based in Norwich, England.

Now, nearly after 14 years, NPS has been approved for sale in the U.S. by the USDA

Approval by the United States Department of Agriculture (USDA) marks the first place in the world to allow genetically modified products to be grown. The company hopes that the tomatoes will be recognized as safe to grow in the United Kingdom soon.

“The anthocyanin content of purple fruits from a hemizygous Del/Ros1 plant averaged approximately 500 mg per 100 g fresh weight whereas anthocyanins were undetectable in wild type red tomatoes”, the company’s filing with the USDA read.

The company also claims that its purple tomatoes have a longer shelf life, which reduces food waste.

The purple tomatoes may enter the market for sale by 2023

With the USDA approval, the genetically modified plant will no longer be regulated with strict controls, it can be safely grown anywhere in the United States like any other crop. However, the produce will have to go through more scrutiny before being sold in the markets.