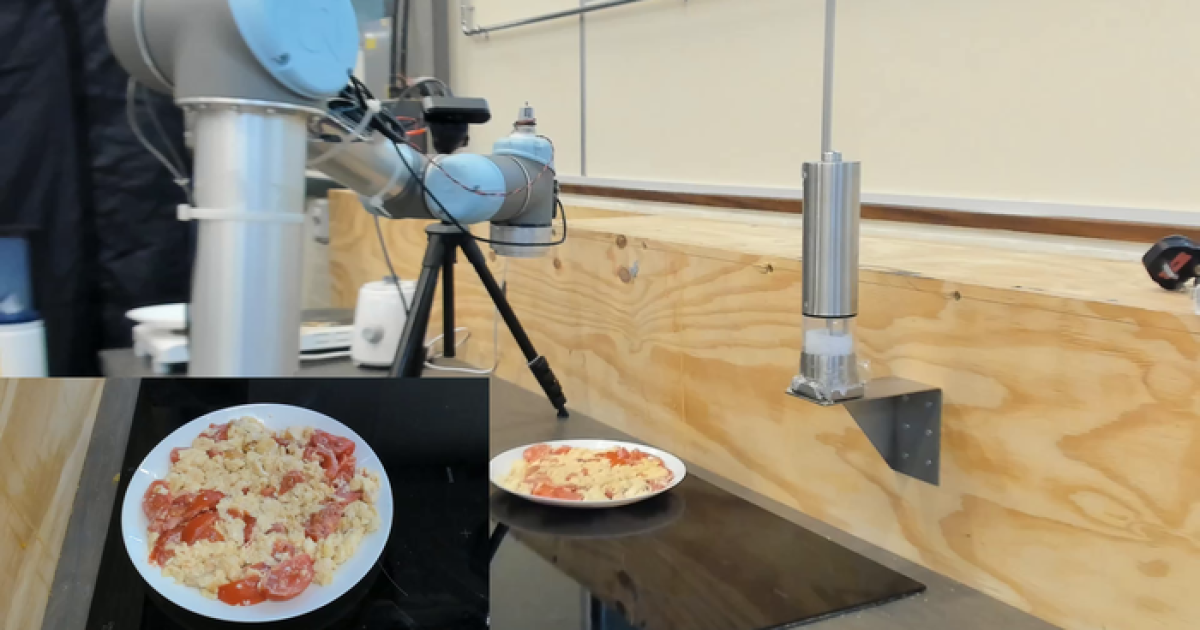 We can detect sweet, sour, salty, bitter, and savory tastes. Our sense of taste lets us enjoy different foods.

Now, scientists have created a robot chef who can ‘taste’ food at different stages of the chewing process just like us.

The Robochef has been built by researchers at the University of Cambridge in collaboration with home equipment firm Beko. It consists of a salinity sensor attached at the end of a robotic arm to detect salt levels in food at different stages.

In the future, this could greatly reduce the need for human chefs to taste everything

The robotic “chef” can taste the food as it cooks it to see if it is salty enough just like humans. It can also change the taste of food depending on individual tastes.

As per scientists, this could one day lead to the development of automated or semi-automated robots in food preparation that know exactly what tastes good and what doesn’t…making them better cooks.

“Most home cooks will be familiar with the concept of tasting as you go – checking a dish throughout the cooking process to check whether the balance of flavors is right,” said Grzegorz Sochacki, a Ph.D. student at the University of Cambridge’s Department of Engineering.

“If robots are to be used for certain aspects of food preparation, it’s important that they are able to “taste” what they’re cooking.”

The robot tasted nine different variations of scrambled eggs and tomatoes at three different stages of the chewing process. It was able to “taste” the meal and ‘see’ the difference in the food as it’s chewed, which enabled it to improve its methods to whip up a tastier meal.