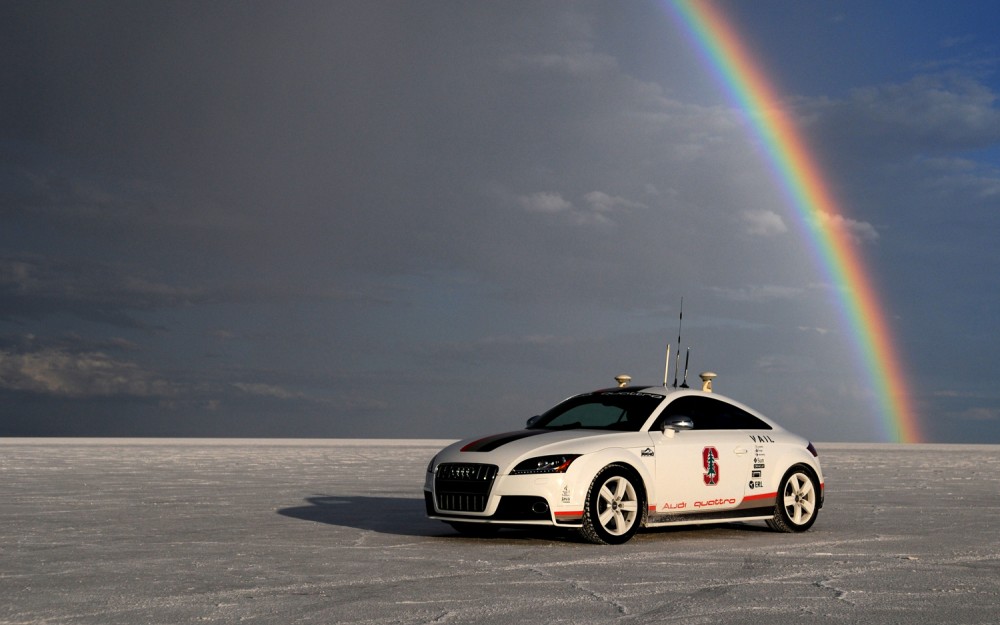 A new type of man versus machine test, known as the “turning test,” has recently emerged. In it, a blindfolded passenger sitting in the backseat of a car driving around a race track tries to guess whether or not the driver is human or robot.

A Stanford University team of engineers has developed a driverless vehicle that was able to defeat a professional race car driver, well actually, David Vodden, CEO of Thunderhill Raceway Park, located near Willows, California. Thunderhill Raceway Park is rented for racing events, lapping day events, go cart events, driving schools, and more, and most of the drivers are amateurs. As might be expected, the Stanford engineers used hardware and software to help calculate the best path for the autonomous vehicle to take on straightaways and around curves. According to sources, Stanford engineers were “talking trash” in hoping to challenge a professional driver who makes tens of millions of dollars a year in a machine versus human race.