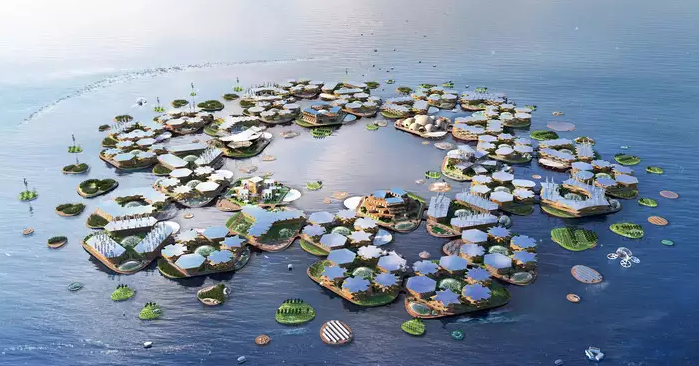 Global warming has already had observable effects on the environment. Glaciers are shrinking, and sea levels are rising. Droughts, wildfires, and floods are also becoming more common. According to the Intergovernmental Panel on Climate Change, global warming is irreversible.

So, to deal with forthcoming issues, some countries are playing smart and are planning ahead. Recently UN-Habitat’s New Urban Agenda and New York-based Oceanix have collaborated to build the world’s first prototype sustainable floating city.

Executive Director of UN-Habitat, Maimunah Mohd Sharif, said, “Sustainable floating cities are a part of the arsenal of climate adaptation strategies available to us. Instead of fighting with water, let us learn to live in harmony with it. We look forward to developing nature-based solutions through the floating city concept, and Busan is the ideal choice to deploy the prototype,”

Following are some of the features of this floating city: