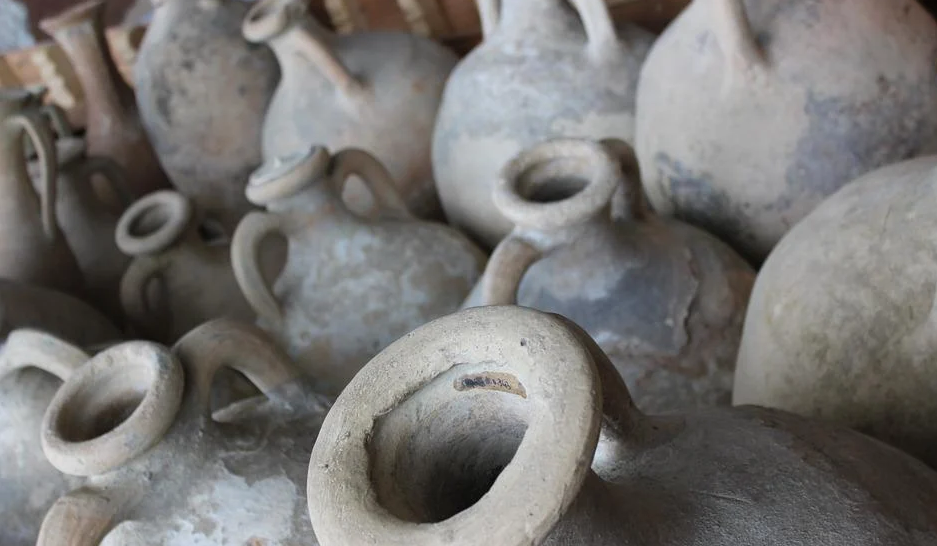 Wine was the drink of choice at the heart of ancient Rome’s culture.

Now the secret behind ancient roman wine making has been revealed by a team of researchers from Italy and France.

The researchers analyzed three wine jars from the Roman period, discovered underwater on a seabed. Researchers were able to determine how ancient Romans made wine and the elements they used in the process.

These 1,500-year-old Roman amphorae (jugs used to transport wine) were recovered off the coast near the San Felice Circeo harbor in Italy.

Researchers noticed that ancient Romans used native grapes in jars waterproofed with imported tar pitch to make red and white wine. They found that pine was used to create a kind of waterproofing tar to coat the inside of jars. Not only for waterproofing, but researchers also speculated that pine could have been used to flavor the wine itself.

Since the pine was not native to the region, it was assumed to have been imported most likely from Calabrian or Sicily, confirming historical evidence of trade links between the regions 1,500 years ago.

Researchers said, “The presence of both pollen and charcoal allowed a better understanding regarding the pitch origin, which is impossible to reach through organic residue analyses alone,”

Study lead author Louise Chassouant of Avignon University said, “By using different approaches to unravel the content and nature of the coating layer of Roman amphorae, we have pushed the conclusion further in the understanding of ancient practices than it would have been with a single approach.”