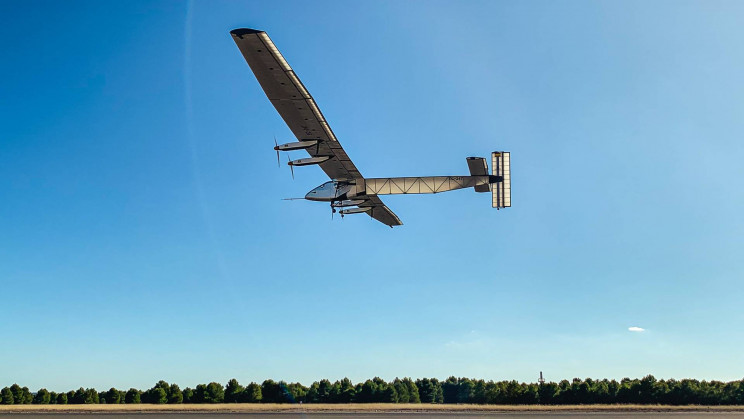 The idea of an ‘eternal aircraft’ that uses solar power to remain in the sky for months without having to land and refuel has been around for years.

Based on this idea, an Oklahoma-based aerospace company Skydweller Aero developed an autonomous airplane powered by the sun last year. Called, Skydweller this aircraft can stay in the air for 90 days without needing to land for fuel.

Since then, Skydweller has expanded the capabilities of this innovative airplane significantly

Last month, Skydweller Aero announced that it was awarded a $14 million contract by The Defense Innovation Unit (DIU), in collaboration with the US Navy. It will work further on the up-gradation and combining technologies in support of Skydweller’s development.

The aircraft has been designed to fly automatically like a drone. A pilot would be present for safety, but it will not be a requirement.

As per Robert Miller, CEO of Skydweller Aero the plane could possibly stay in the air for an entire year, and could also serve as the world’s first commercially viable “pseudo-satellite”.

“A pseudo-satellite is an aircraft that stays aloft, let’s say, indefinitely,” explained Miller. “That means 30, 60, 90 days — maybe a year. And as such, it can do basically anything you would imagine a satellite can do.” And since the plane can return to Earth whenever its operators desire, it would not create a problem with space debris that most satellites face today.

Miller hopes that the aircraft could be deployed as early as 2023.