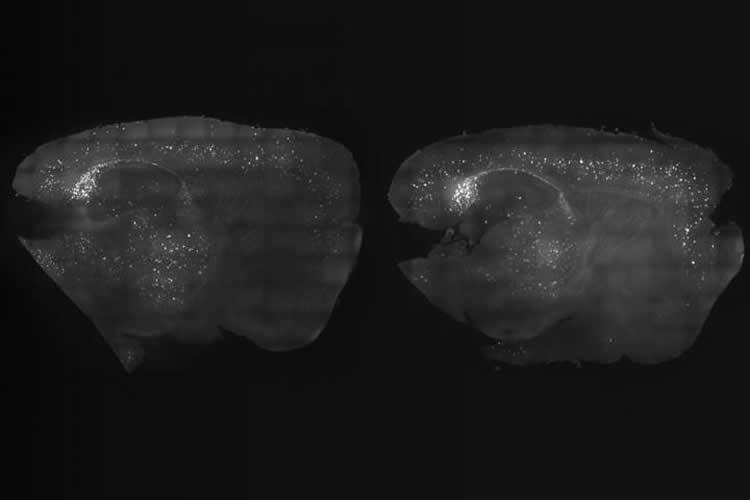 Alzheimer’s disease causes a progressive loss of brain cells that leads to memory loss and the decline of other cognitive abilities. This irreversible, progressive brain disorder finishes the ability to carry out the simplest tasks in daily life.

Currently, there is no cure for Alzheimer’s disease or a way to stop or slow its progression. But a new research shows that a simple LED light and speaker could help tune the brain’s natural oscillations.

A team of neuroscientists from the Massachusetts Institute of Technology (MIT) in Cambridge has found that a combination of light and sound therapy cleared toxic plaque buildup in the brains of mice and reduced some of the symptoms of Alzheimer’s disease and impaired cognitive functioning.

The mice were exposed to just 40 Hertz sounds, a sound only just high enough for humans to hear, for 1 hour a day for 7 consecutive days. The sound was combined with flickering LED lights during this one hour. This had the significant effect in improving cognitive functioning in these mice.