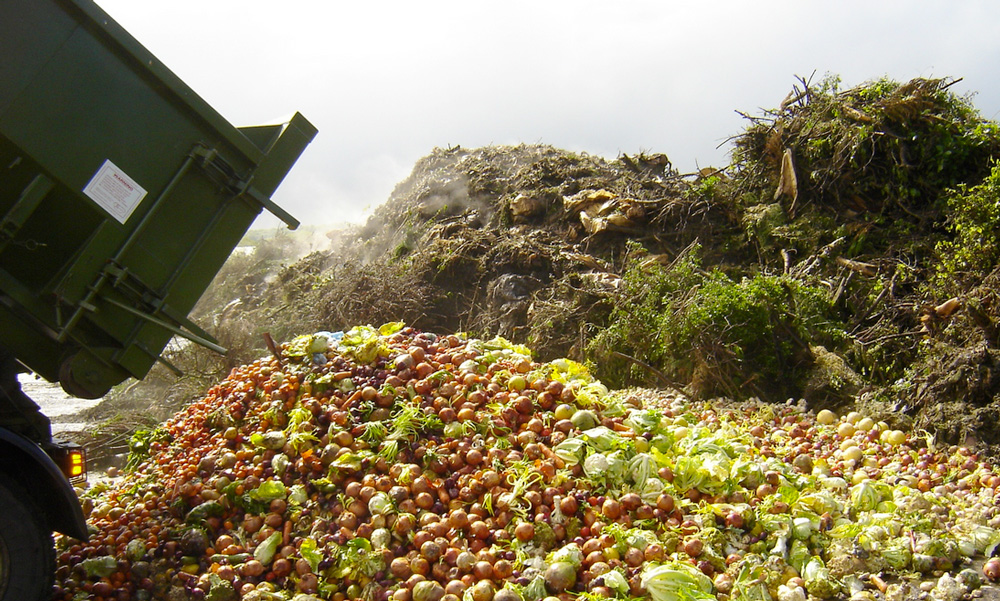 According to a report by the National Resources Defense Council (NRDC) “Wasted: How America is Losing Up to 40% of its Food from Farm to Fork to Landfill” huge amounts of energy resources, land, and fresh water are consumed in the United States in producing vegetables and other foods that end up uneaten and a rotting in landfills.

Estimates are that the amount of food thrown away is equivalent to $165 billion. That expenditure of fossil fuels on creating and moving food that will eventually be wasted, the release of methane into the air, and the increasing concentration of carbon in the atmosphere add to the cost.

Yesterday, France took a step which much of the developed world, including the United States, will now likely be considering: requiring supermarkets to cease from destroying unsold food and instead donating it to food bank charities or farms where it can be used as animal feed or compost.

In France, it is estimated that the average amount of food wasted per person, per year is between 44-66 pounds (20-30 kg). In the US, the problem is worse. The average American wastes significantly more, 235 pounds (106.59 kg) per year according to the US Food & Agriculture Organization (FAO).