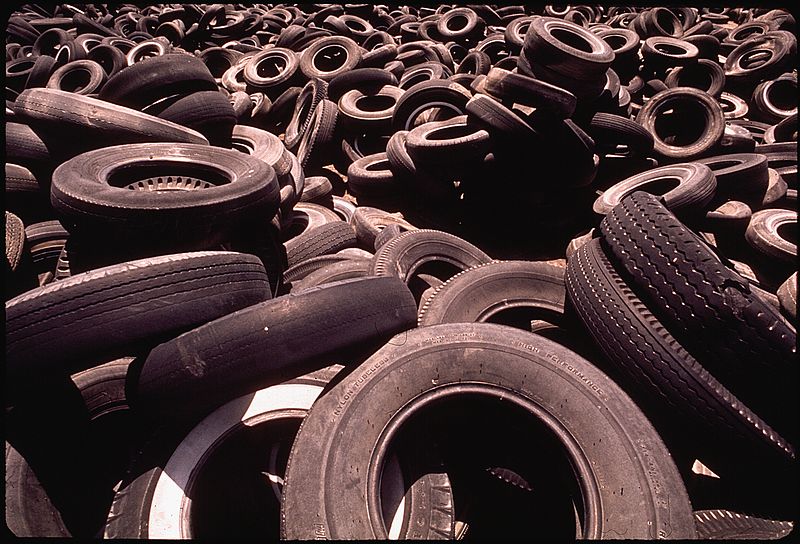 Roads are frequently in need of repair. Being in an open environment, these are exposed to hot sun, and large temperature differences. As a result, cracks and potholes are often formed at the end of both the warm and cold seasons.

Now researchers at Australia’s Royal Melbourne Institute of Technology (RMIT) have discovered an Eco-friendly way to protect asphalt from UV-degradation.

Researchers found that adding rubber from old tires to asphalt strengthens roads, and halves the rate of sun damage. As a result, roads could last a lot longer.

Scientists have turned this problem into an opportunity

Worldwide, billions of used tires are disposed of each year. These tires are not biodegradable and can’t be recycled easily. As a result, most of these end up in landfills. Not only do they take up humongous space in landfills, but they also contain metals and chemicals that seep into the environment as they degrade.

By using these waste tires, researchers are improving road and pavement durability, while also tackling our used tire problem.

For testing this, researchers employed a UV machine that can help assess the long-term impact of solar degradation on roads. They tried three different types of rubber concentrations: 7.5%, 15%, and 22.5%.

“We found adding between 18 percent and 22 percent of crumb rubber generates an ideal balance in terms of improving rut and fatigue resistance to traffic loads while resisting UV aging,” said Filippo Giustozzi, lead author of the study.

“This acts so effectively as a sunscreen for roads that it actually makes the surface last twice as long as regular bitumen. We knew that UV would be a factor in road degradation, but not by what degree or how to protect against it, as nobody has really been looking at this aspect.”