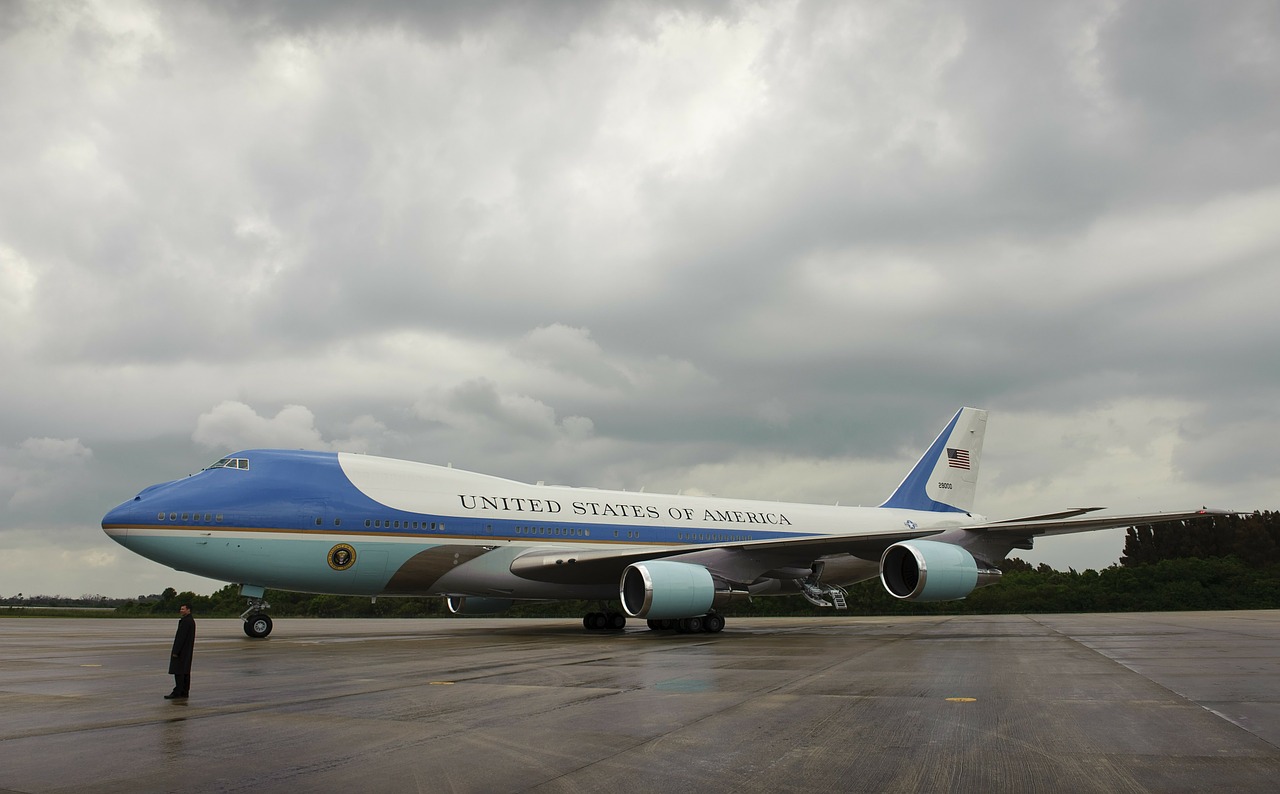 Though the new Air Force One aircraft is designed for the business needs of the US President, it doesn’t look ineptly luxurious! Want to know everything about the aircraft? Check here!

Nowadays, Air Force one is considered one of the most innovative and promising aircraft engineering solutions around the world.

This vehicle is specially developed and strongly transformed when it comes to aerodynamic features. That is because the Air Force One aircraft will perform the only mission, i.e. delivering the President of the US from one destination to another safe.

Previously, there have been designed several Air Force One aircraft, but, in this article, we will accentuate the current version in terms of several aspects of its aerodynamic analysis.

So, get ready to be truly impressed about the optimized Boeing 747-200B, there appears much more than it looks with this powerful transport.

About the Air Force One

Like all the leaders around the globe, the US President needs to conduct business trips. For this purpose, they require to have their personal aircraft to get on it to any location worldwide at any moment.

Though leaders possess access to any type of transport for such missions, the most frequently used is considered Air Force One. To avoid any kind of accident, this aircraft makes use of the most innovative tech solutions to guarantee the president travels securely.

Let’s now consider several crucial features of Air Force One. Such parameters as fuel consumption, nuclear protection level, and some others are an integral part of the aerodynamic analysis of any aircraft.

Air Force One is a 70-meter long powerful flying construction with more than a kilometer (!) of usable area. When it comes to commercial implementation, more than four hundred passengers can travel at once.

Among the key aerodynamic characteristics of Air Force One, they point out specific equipment that enables aerial refueling. Due to this equipment, the aircraft to remain in the air for nearly an unlimited period until it can land (provided that it won’t get broken).

Via a re-designed refueler, a gas transmission pipeline spreads from behind where the aircraft’s pilot (with great care) destinates Air Force One into position. At the front of the aircraft, a refueling construction uncovers and enables fuel to move into the plane. However, this procedure should be realized extremely precisely because refueling is dangerous.

Nuclear Protection Feature of the Aircraft

The aircraft for the US President was created to provide passengers with protection against a nuclear threat.

Electronic equipment onboard is optimized to support against an electromagnetic pulse caused by a nuclear threat as well as the Sun energy. With the innovative secure communication tools, Air Force One performs the role as the mobile command center of the US President in any context.

How Much Is Air Force One Safe?

The answer is “very safe!”

It is not a surprise that Air Force One is equipped with the most powerful defense arrangements on Earth. Special focus was put on flare platforms as well as dampers to disguise the plane and unsettle missiles. One more impressive thing about the plane is the ability to eliminate forthcoming flying vehicles in the air.

Air Force One is equipped with active electronic suppression that can block rival radar frequencies. Moreover, it possesses infrared counter-measure platforms to turn aside heat-targeting infra-red missiles via disorganizing their guidance systems.

Air Force One possesses flare dispensers and chaff. Both are implemented to fight against missiles directed by radar, flare dispensers threw out from the plane to disorganize the heat-based targeting platform of the missile.

A missile-firing warning system is settled at the tail of the aircraft to alert and detect missile danger based on their ultraviolet exhaust visibility. Such receivers are also applied on aircraft for special war missions.

Other Great Specs of the Aircraft

Air Force One has a kitchen for special guests of the US President onboard. The crew as well as the kitchen’s space has all the conditions to serve approximately a hundred (!) passengers at once. Additionally, on board, they may find eighty telephones to keep the president and the crew connected. Several phones have specific secure lines for private talks.