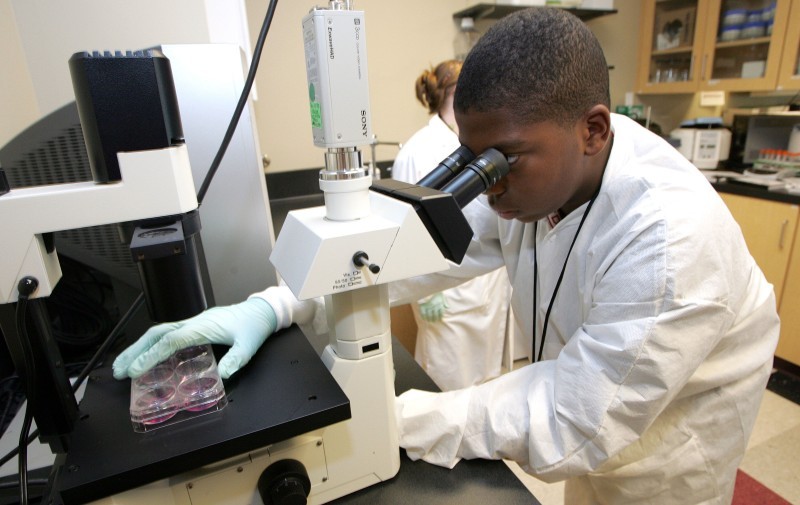 Closing the Skills Gap in the United States

According to The National Institutes of Health, “stem cells” start out “unspecialized” and are thus capable of becoming specialized through a process of differentiation controlled by a cell’s genes. These cells divide and renew themselves for long periods, replicating and proliferating and in the process rejuvenating the body, making people healthier and more resilient. When a person is ill or injured, STEM cells are there to repair the damage.

In the same way, US states are investing in “STEM Cells” or research and development centers and supporting STEM education so as to increase the percentage of their populations with advanced STEM degrees.

Many states are seeking to increase research funding for STEM, to double the number of employed STEM PhD’s and turn up the funding stream supplied by later-stage venture capital investment firms.

All in all, success in the 21st century for any municipality, state or nation Is likely to depend on these specialized types of workers who will more and more form the foundation of a country’s wealth and well-being.

The Currently State Of US STEM Education

According to the World Economic Forum, the United States currently ranks 52nd in mathematics and science education worldwide, and 25th in mathematics and 17th in science amongst industrialized nations. It also ranks fifth in global competitiveness and 27th amongst developing nations with regard to the percentage of college students receiving STEM degrees. The US also educates more foreign students in US graduate schools than US students, while two thirds of engineers receiving PhD’s being foreign students.

According to the US Department of Commerce, STEM jobs have been growing at three times the rate of non-STEM jobs, but US businesses report many jobs are still going unfilled due to a lack of qualified candidates. This is occurring despite the fact that STEM workers earn 26% more than non-STEM workers or about nine dollars an hour more than their non-STEM peers. While it is not necessary for every employed STEM worker to have a STEM degree, two thirds of them have STEM degrees. While the US may be lagging in some regards, it still leads the world in nominal GDP, at about $17 trillion, not an insignificant stat. And as IndustryTap has reported in “The Future of U.S. Engineering: Framing a National Agenda“, well-funded organizations of all kinds are working hard to reignite US innovation and competitiveness in STEM fields.

In another article by IndustryTap “Bell Labs: The Model for Future Innovation“, the innovative technologies that came out of Bell Labs, a well-funded research environment where scientists and engineers were allowed free reign to work on interesting projects that may not have seemed to promise an economic payoff, at least at the start, created huge new industries and more than paid for themselves in the long run.

Currently, corporate support for this type of research has largely dried up and government research dollars are similarly narrowly focused.