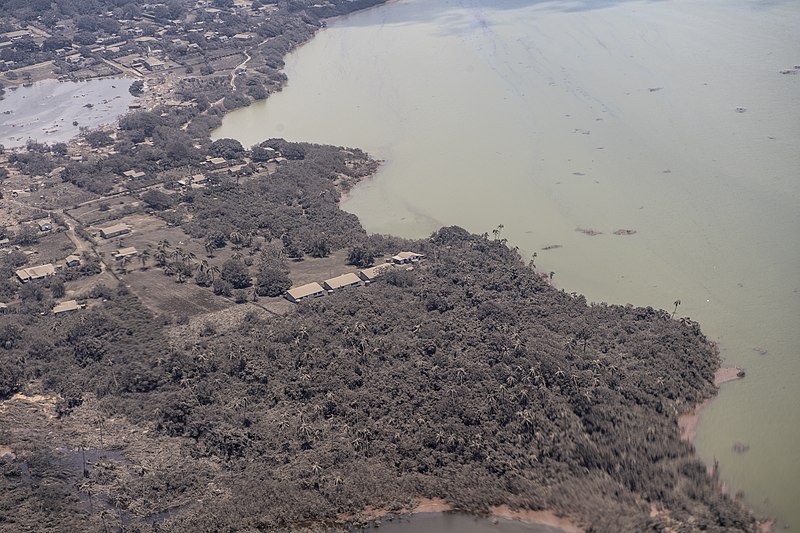 The volcanic explosion in Tonga was the world’s most powerful eruption in more than 30 years. Eruption of the Hunga Tonga-Hunga Haʻapai destroyed an island—and created many mysteries.

This volcano triggered a Pacific-wide tsunami, a shock wave that traveled across the globe and has left unknown environmental consequences. It resulted in the deaths of three people and several other injuries. Sam Purkis of the Rosenstiel School of Marine and Atmospheric Science, said, “Much infrastructure will have been damaged and will need to be rebuilt,” “More problematic is that atoll islands like Tonga have little land area and limited natural terrestrial resources.

While residents of Tonga are struggling to recover from its aftereffects, scientists are trying to access its global effects

Scientists after studying satellite images have warned, this eruption could cause long-lasting damage to coral reefs, erode coastlines, and disrupt fisheries.

Not only that the iron released by the eruption will encourage the growth of blue-green algae and sponges that further degrade reefs.

“Supplies of reef fish will be degraded, and much of the protein for Pacific islanders comes from the reef,” Purkis said.

The supply of fresh drinking water will also be impacted

Ash-contaminated drinking water is not safe for drinking. Cornell University postdoctoral research associate Adrian Hornby, said, “The involvement of seawater in the eruption releases enormous amounts of volatile species, for example, chlorine, into the ash plume,”

“Together with gases released from the magma, this creates a cocktail that readily forms salts and acidic brines on the ash particles.”

Sulfur dioxide and nitrogen oxide, released by the eruption create acid rain on interacting with water and oxygen in the atmosphere. So acid rain will further result in crop damage and could also affect Tongan staples.

The blanket of ash will also be harmful to marine life, as nearby seawater is contaminated with toxic volcanic discharge. Fish from such contaminated water would be poisoned or poisonous.