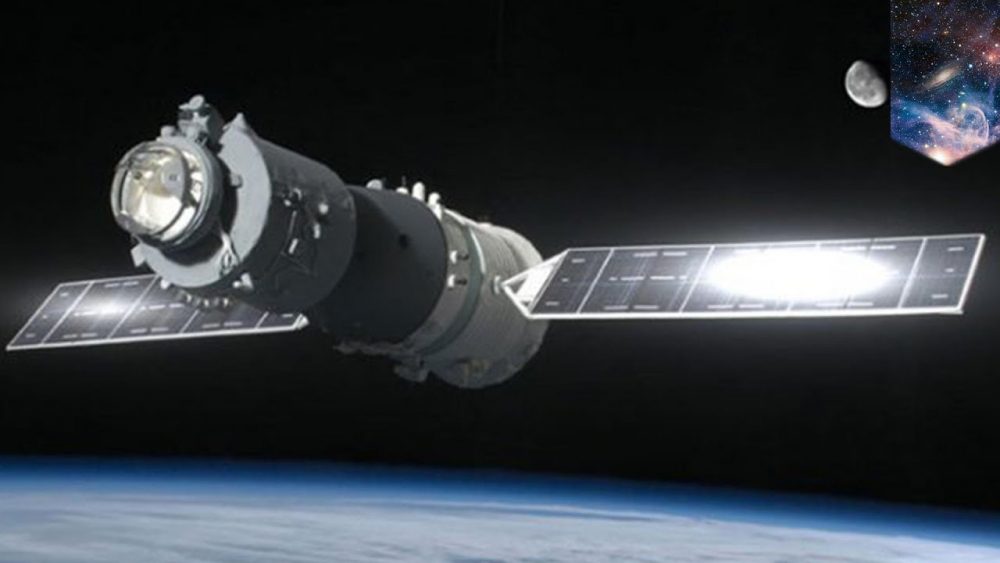 With the increase in the number of launches into space, the problem of dealing with free-falling satellites and other space debris is also on the rise.

A large number of satellites and spacecraft have fallen back to Earth, but in general, most of the falling pieces are very small in size and burn up safely while re-entering the atmosphere. But the problem with Tiangong-1 is that it’s quite massive. The spacecraft weighs nearly 19,000 lbs. (8.5 tons) and it contains quite a bit of hydrazine, which is basically rocket fuel.

Launched in September of 2011, Tiangong-1 was China’s first manned space station. In 2016, China announced that they had lost control of the satellite. Scientists do not know exactly where Tiangong-1 will hit. Hugh Lewis, senior lecturer in aerospace engineering at the University of Southampton, said, “The spacecraft is traveling around a more or less circular orbit, which is tipped with respect to the equator at 43°. If you plot this path on a map of the Earth, it produces a sine wave pattern, with the slower curve of the wave in northern and southern latitudes and the faster straighter sections running from east to west. If you imagine the green low-risk area on the map is the part of the road we’re trying to walk across, the quickest way is to go at 90 degrees – straight across.”

Lewis further adds, “When the spacecraft crosses the equator, it’s crossing the road at this point, and it does so really fast. When it goes across the red bands further north and south, it’s crossing at a steeper angle – almost parallel to the road. It takes longer to cross at these latitudes, which is why it has a higher risk of coming down here.”