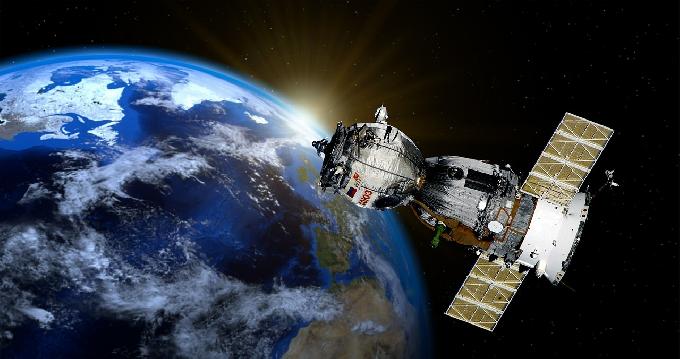 Photo by Alexas_Fotos / CC BY

Sometime this March, the Chinese space station known as Tiangong-1 — 18,753 lb. of equipment — will come hurtling to Earth. It has to land somewhere, but it probably won’t be on you.

Back in September of 2011, China launched the Tiangong-1, the first-ever Chinese space station. The satellite was the start of the country’s Tiangong program, a mission to put a large modular station into space by 2023. The craft had quite a successful run. There were three docking missions to the station, two of which were manned and included China’s first female astronauts, Liu Yang and Wang Yaping.

The satellite was supposed to be deorbited in 2013, but China decided to extend the mission. Then, in March 2016, China’s Space Engineering Office announced that the mission had come to an end. The office also mentioned that they had lost contact with Tiangong-1.

And so, the satellite will return to Earth in an uncontrolled entry. But there really isn’t much to worry about.
This isn’t the first time a chunk of metal has come plummeting from the skies. In 1979, the 77-ton American space station Skylab came crashing down in the Australian desert. In fact, manmade space debris falling to Earth is extremely common. NASA says that an average of one piece of space junk has fallen back to Earth every day for the last 50 years.

And much of what falls breaks up into tiny pieces, or simply vaporizes due to the intense heat of re-entry — although some larger pieces can make it through the atmosphere to the surface of the Earth.

The chances of a person being hit with falling space debris are so infinitesimally small that it has only happened once: to Lottie Williams of Oklahoma, who was struck on the shoulder by what scientists believe was a piece of a Delta II rocket.

Where will the Tiangong-1 come down? It’s a bit early to say, but an estimate from the Aerospace Corporation says, “Based on Tiangong-1’s inclination, however, we can confidently say that this object will reenter somewhere between 43° North and 43° South latitudes.”