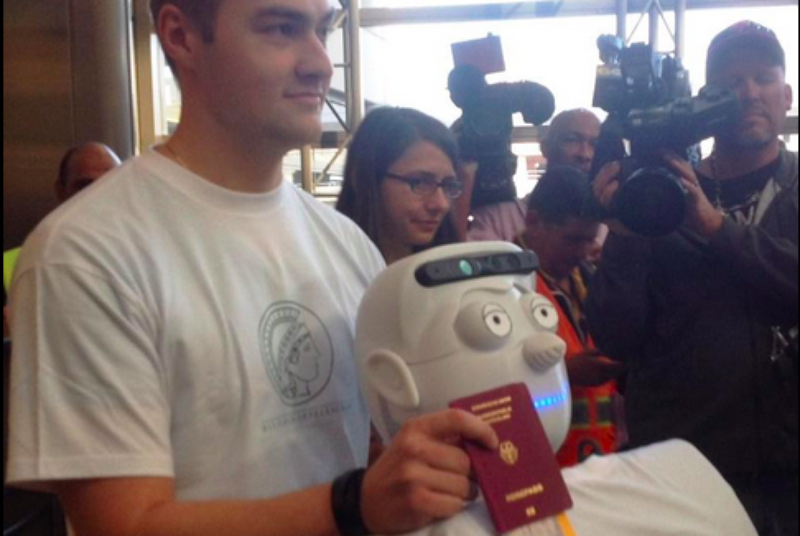 Athena will be on a commercial Lufthansa flight to Germany, accompanied by two scientists.

In the picture below, you can see the humanoid robot even has its own passport and is fully dressed and ready to board the flight.