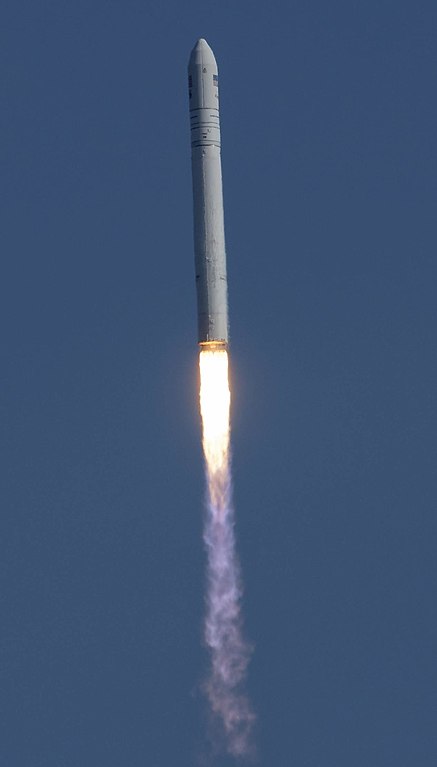 ‘Precision’-guided weaponry, which requires big budgets, is no longer only a government domain.

A Ukrainian rocket start-up Promin Aerospace is developing a lightweight rocket based on autophagic or “self-devouring” technology. It believes that new technology will make the cheaper launches a reality.

Promin Aerospace makes the ultralight, autophagic launch vehicle. It has already conducted the first three engine experiments for its launch vehicle concept to test the viability of the idea.

Today’s rockets work in the same way. The burning fuel produces the thrust the rocket needs to break free of Earth’s surface and travel through space. But the bigger the rocket, more thrust is needed which means more fuel and bigger fuel tanks. These tanks later end up orbiting our planet as space junk.

To solve this issue, Promin Aerospace researchers proposed creating the rocket body out of a kind of fuel, which is hard plastic filled with powdered oxidants.

The rocket burns itself or “eats itself” completely during flight, which means no debris in the space. In addition to this, the rocket becomes more efficient when it rises, devouring its body as fuel, reducing its mass while allowing it to create more thrust.

The company has been able to continue making progress despite the Russian invasion.