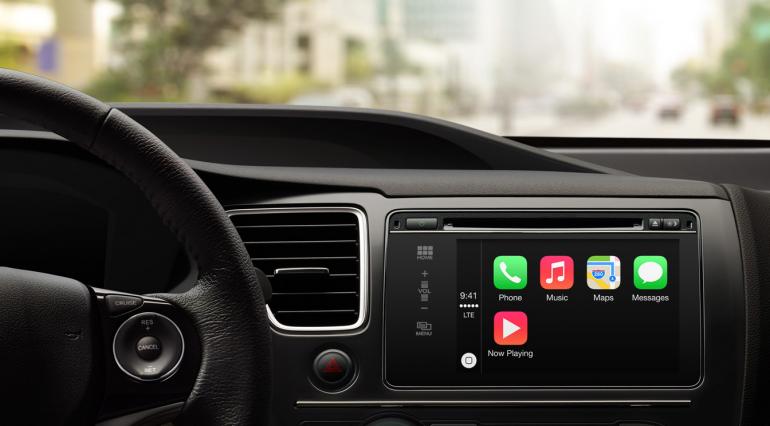 We’re not quite there yet but Apple has announced that it plans to release “CarPlay,” its version of iOS in your car that will run off of native vehicle entertainment systems. The plan is to release this new technology by the end of the year starting with luxury manufacturers Ferrari, Volvo and Mercedes-Benz.

This iOS will come with a host of new features including, but not limited to, Siri–the virtual personal assistant. Drivers will now be able to access music, make calls and listen to their messages to provide a safe and user-friendly experience while on the road.

This marks the first time that Apple has permitted the use of its operating system on any other device not directly manufactured by the company. Apple previously stated that it was in contact with other major car manufacturers like Ford, Honda and Toyota to implement this technology in future vehicle models.

CarPlay will require you to have an iPhone 5 or later running an updated iOS 7 operating system. When you plug in the phone to the car’s USB port using a thunderbolt jack, the car will take over and you will be able to access your phones information and features directly through the vehicle’s speaker system or on the dash-mounted screen.

CarPlay will help Apple users to enhance the reach of Cloud services and share information between devices with the intent on giving Apple a large share over the smart device market.

This is sure to increase efforts by Google and its newly announced “Open Automotive Alliance,” which intends to promote cross-platform compatibility in new vehicles to prevent users from having one more reason to switch over to Apple products.