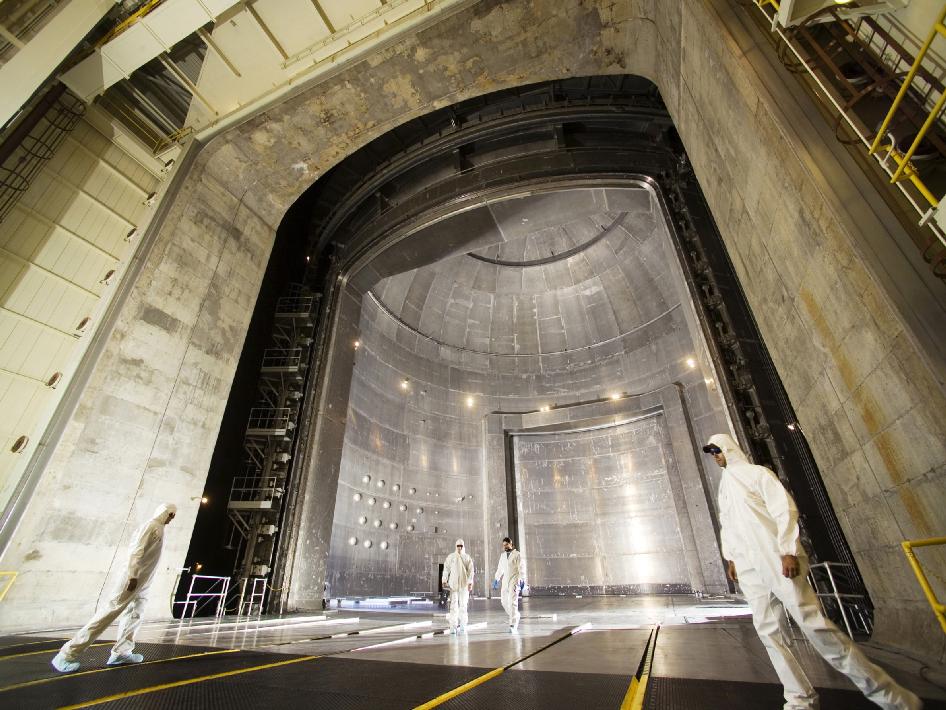 Aerospace engineers put equipment planned for space through as many tests as possible to ensure durability in harsh space environments. In a recent talk by an engineer working with the Mars Rover project, the fact that space equipment can never be fully tested on earth is one of the facts that keeps him up at night. Fortunately though, NASA has built and operated the world’s largest (400,000 ft.³) vacuum chamber at its Glenn Research Center’s Plum Brook Station since 1965 when it was used to conduct thermal vacuum testing of the Apollo Command Module and Service Module. The “clean room” produces a deep space environment and has been used on every NASA project since then.

Over the decades the vacuum chamber has been changed and upgraded to support different types of testing needed for different programs. For the Orion mission a crew exploration vehicle was tested. Two additional chambers have been constructed adjacent to the vacuum chamber including an acoustic chamber, and a vibration test stand.

The James Webb Space Telescope (JWST), which will replace the Hubble Telescope, is designed to see further back in history than ever before and is being tested in the vacuum chamber ahead of its projected 2018 launch. JWST will travel more than 1 million miles from Earth and in order to ensure it will function in the extreme conditions it will encounter, those conditions will be reproduced in the chamber testing its instruments and mirrors to make sure they function as designed.

Learn more about the James Webb Space Telescope in the following video:

Spanish ACCIONA to Develop a Mega Wind Project in Australia