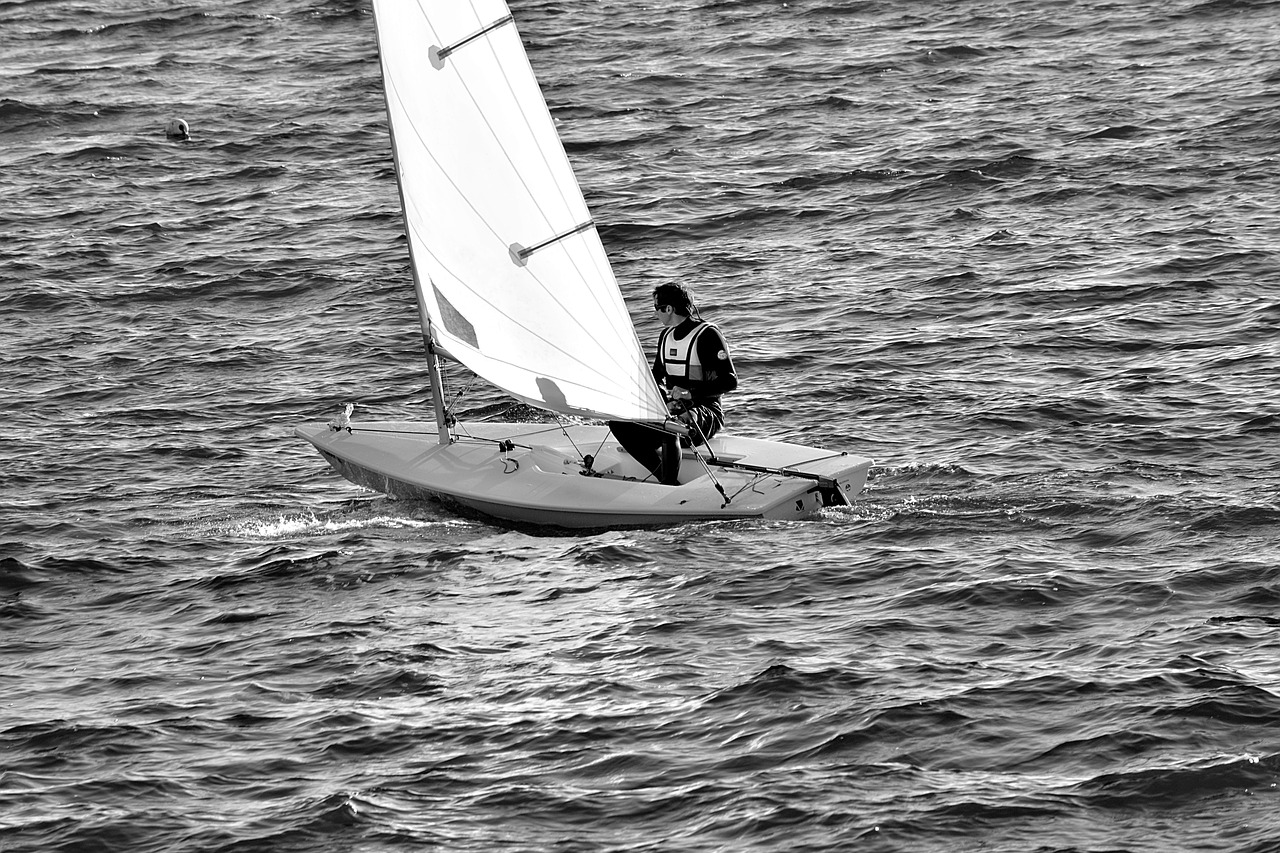 At IndustryTap we have seen what it feels like to ride on a Japanese high-speed train; immediate disorientation and dizziness. But 55 mph on a high-speed sailboat can be exhilarating and even dangerous. Of course it wasn’t always this way: it took centuries of technological development and advances in design to to produce today’s sailboats that go really fast. Sailboat design including new aerodynamic advances and lighter and stronger materials have drastically reduced wind and water drag. Additionally computer modeling of all variables that affect the sailboat from wind speed and direction, variable currents, and waves to the ripples of breakers are modeled and planned for in design.

The L’Hydroptere is a huge Hydrofoil Tri that was the fastest multi-hull sailing boat in the world with a top speed of 55 mph. Over the distance of one nautical mile in Quiberon Bay in France the average speed was 47.18 mph. Unfortunately the design of hydrofoils makes them prone to turnovers and other troubles in the open oceans but the L’Hydroptere may be changing that as the materials it is made from are exceptionally strong and resilient.

Maserati, named after the world’s fastest car, recently made the fastest passage of a single-hold sailing ship from New York to San Francisco. Maserati is 70 feet long and completed the journey of 13,225 miles in 47 days. The trip took the crew and sailboat around Cape Horn at the tip of South America which has been known as one of the most dangerous passages for centuries. The crew beat the old record by 10 days.

Believe it or not we have saved the fastest for last: windsurfer Antoine Albeau holds the windsurfting speed record in Les Saintes Maries, France when he recorded the speed of 56 mph (90.12 km/h or 49.09 knots) five years ago. That’s faster than the sailboats mentioned above.

There is some controversy over “Kite Surfing” as in: is it really sailing? In any event, we have to mention Rob Douglas, CEO of Blackdog Restaurant on Martha’s Vineyard, who set a world speed “sailing” record of 64mph (103kph) (55.65 Knots) in Luderitz, Nambia on October 28, 2010 using a Kite Surfer.

You can imagine that the “big boys and girls” who spend millions on huge sailboats having a hard time coming to grips with the idea that they are being outclassed by a $1,500 kite surfer. They say things like “to sail requires a sail, not a kite, and a mast and boom, not a wire . . . and kites don’t move through the water, they move over it, blah, blah, blah! This is a tomato/ tomato kind of question for many but for purists the difference is huge.