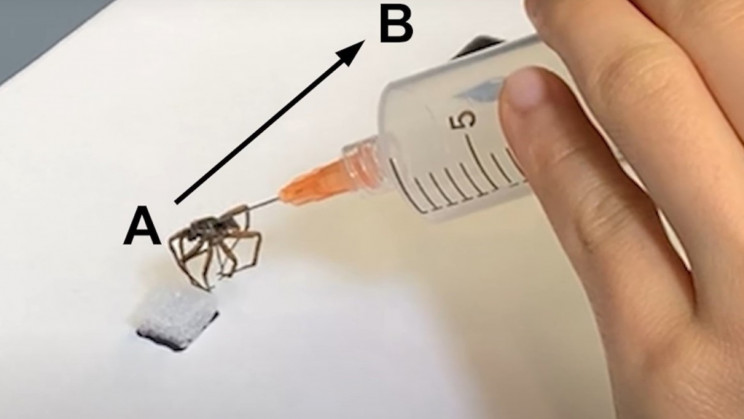 We have seen several robots inspired by walking and running motions of animals. But now, Texas’ Rice University researchers have devised a method to use dead spiders to grasp small objects delicately.

Unlike humans, spiders do not have antagonistic muscle pairs to help move their legs. Spiders move their limbs via hydraulic pressure. They rely on blood pressure as well as their flexor muscles for movement. But they lose the ability to pressurize their bodies when they die, the reason why they curl up when they die.

Scientists chose wolf spiders for their research, they found that these spiders could lift more than 130 percent of their own body weight, and sometimes much more than that.

The process begins with the spider being euthanized, after that scientists inserted a needle into its prosoma chamber. A drop of glue is used at the insertion point to keep the needle in place.

A small amount of air is squeezed into the chamber through the syringe to activate the spider’s legs, causing the legs to open. When air is drawn back out of the chamber, the legs close.