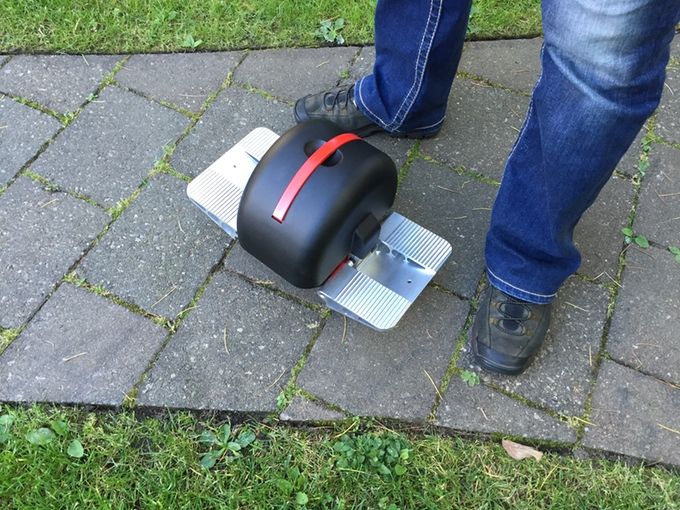 Shane Chen, who runs Inventist, known for the Solowheel and Hovertrax hoverboard, has a new device along the same lines in the form of a self-balancing scooter.

The new scooter is called the Solowheel Iota, and for $600, is pretty much just two wheels and motors inside of a central housing with two platforms on the side for your feet.

It’s durable and mobile at only 8 pounds and is capable of going 8 miles on a single charge, which takes around 40 minutes.

While some people are still riding hoverboards, the craze has certainly died down, but it appears the makers of the Solowheel Iota already know the market they’re after.

It is being described as “perfect for ‘last mile’ commuting, hanging out around town, running quick errands or just having fun.”