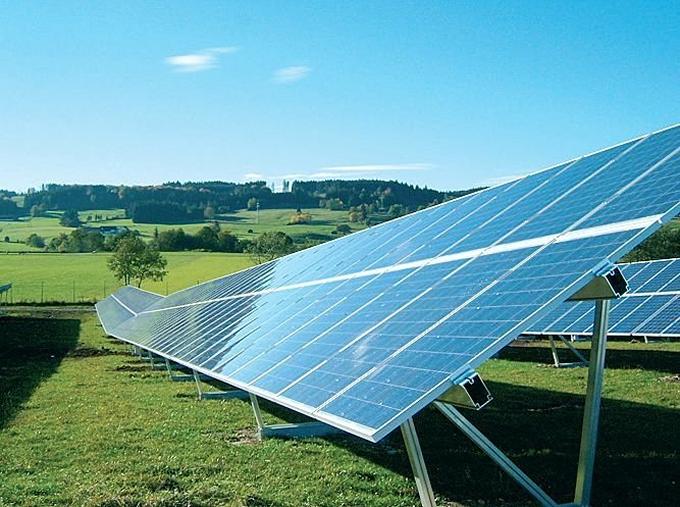 Charles Reid has spent his career in diverse, but related, fields helping companies use plastics, rubber, and polymers, especially on the research and development side of the business. As his career has progressed, Reid has witnessed a number of new fields emerge, including solar energy, as mainstream markets. Most recently, Reid was the Chief Technology Officer at STR Solar, a company that supplied components to the solar industry. Companies that participate in highly technical fields like solar energy need laboratory facilities, efficient procurement and quality manufacturing to be successful.

According to Reid, one key challenge to any new and emerging businesses developing new technologies is to create and promote technical standards for the new materials and goods. In the case of durable goods and capital equipment, standards are necessary to help ensure products will function for the entire economic lifetime to allow customers to earn a reasonable profit over time. In general, in the industrial durable goods business, the norm is for a product to be in working condition for 20 years with a minimum of 10 years to earn a reasonable return.

“Solar modules” are the main product in the solar energy market; modules are typically a 5′ x 3′ array of 60 to 72 solar cells laminated to glass and put in a frame. There are currently three major solar module manufacturers based in the United States, none of which are in the top 5 in the world: First Solar, Sun Power and Suniva.

There are only two large solar panel manufacturing plants remaining in the United States operated by First Solar and Solar World (German). These companies manufacture the solar photovoltaic modules and also do large project installations for industrial and electrical utility use. These companies sell modules to a fragmented market of residential and commercial installers of which there are hundreds nationwide. Solar City, the US company started by Elon Musk, is an installer, not a manufacturer.

The Problem with Warranties

Installer warranties are typically from 90 days to one year after which long-term warranties are provided by manufacturers. If a faulty module is purchased from a foreign manufacturer without a physical presence in the USA, most likely the Chinese, then a homeowner or business is left to settle problems with far off manufacturers. Naturally, this leads to headaches and disappointment.

US installers are in a familiar position as Chinese solar modules are much cheaper than those produced in the US by as much as 50%. The US installer’s one year guarantee expires and the client is flipped over to the module maker in China and the nightmare begins.

Another Wave of Low Quality Products

If we’ve seen it once, we’ve seen it a hundred times: US manufactured products defect rates are generally less than 1% with China typically 5 to 20 times higher. American consumers have seen this in waves of products from China, including compact florescent light (CFL) bulbs, expected to last a year or more but broken within weeks.

Current US specifications, including IEC 61215 and UL 1703, are 20 years old and were developed specifically to deal with “infant mortality” of solar modules, but are deficient in terms of predicting the “service life” of modules. When a panel meets these two specifications, there is no guarantee of long-term quality and no accepted tests to determine longevity. In effect, there is a “loophole” where manufacturers can “skimp” on quality because there are no standards on the books to “guide” them.

There are international task forces working to establish improved standards for quality modules and long-term durability tests. From the United States, this effort is being led by representatives from the National Renewable Energy Laboratory (NREL). Additional information about the proposed standards can be found at NREL and its International PV Quality Assurance task force.

The Future of the Solar Module Market

In typical fashion, the Chinese captured a major manufacturing market. Beginning in the early 2000’s, the Chinese government began providing low-cost loans, capital investment in brand-new plants to solar module manufacturers in China. In short Chinese are able to produce solar modules for about 0.75 cents per watt and the US and Germans for about one dollar per watt. But quality guarantees lag.

Long story short, the top 10 modules producers in the work provide 50% of the worldwide market in solar modules.  Of those 10, seven are based in China, two in Japan and First Solar is the sole USA-based company still in the top 10.  The 2013 solar market saw about 36 GW of modules sold.  Prevailing forecasts for 2014 are about 45 GW of solar modules.

In the United States and Germany there have been a string of bankruptcies in solar manufacturing widely reported. According to Reid, a “joke” making the rounds in investment circles is to identify industries or technologies that have become new Chinese targets for investment and “short” stocks of Western companies in these markets. Charles Reid can be reached via his LinkedIn profile.