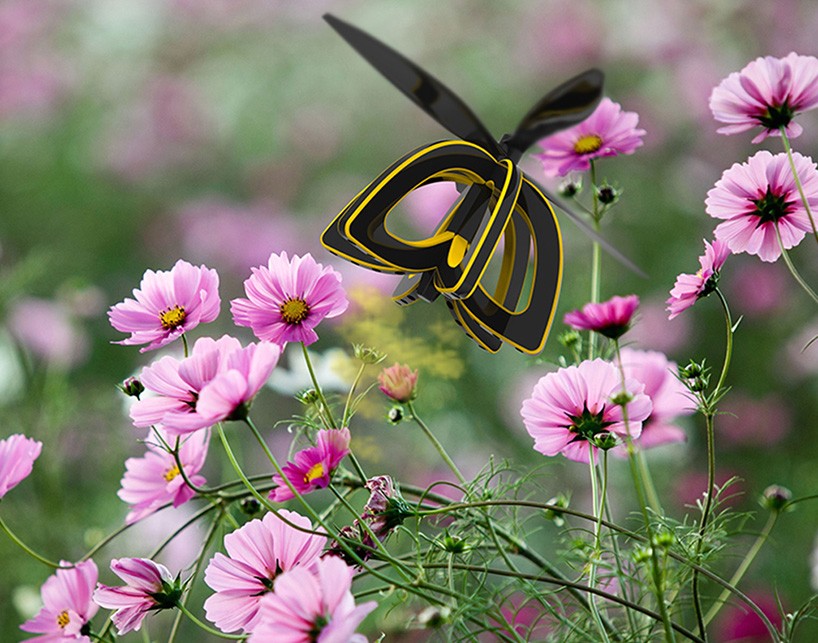 Pollinators, such as bees, are definitely in decline. And many foods we love to eat need bees for pollination. Could pollinator drones provide a practical solution or just a distraction from saving live pollinators?

Bees and other pollinators carry the pollen, which sticks to their fuzzy bodies, from one flower to another. This is, of course, an indispensable step in the production of fruit. Commercial producers are so dependent on bees that the beekeepers are able to rent their hives and transport them considerable distances, traveling from grove to grove to accomplish the tedious task of pollination. This is serious business and a key to fruit and nut production.

The work of pollinators is responsible for production of most fruits and numerous vegetables; many grains; spices such as vanilla, allspice, dill; cash crops such as cotton and oils; our favorite beverages of coffee and cocoa; and nuts like almonds and walnuts. The free labor provided by these marvelous little creatures pollinates about a third of all foods and contributes tens of billions of dollars to the agricultural economy of the U.S. alone. But the crisis of pollinator decline is a global concern.

The exact cause is not known, but it is suspected that there may be a combination of factors, including pesticides and verroa mite infestations. Neonicitinoids seem to be one of the worst culprits in bee colony collapse, where entire colonies of bees just die off, and many European nations have banned the pesticide’s use.

Though honeybees are certainly one of the most important pollinators for commercial crops, and a favorite for their gooey gift of honey for tea and toast, there are other pollinators at work, as well. Some like red flowers, others blue. Some like flowers with flat landing pads and others prefer trumpet shapes. There are thousands of species of native bees that don’t colonize at all and don’t give us honey but still do their job as pollinators. The moths that emerge in the evening take the night flights, seeking out the sweet scents and moon-reflecting flowers, while butterflies provide us with daytime delight. And even the lowly hoverfly, that mimics a bee with its stripes, has a role to play in the process.

One might imagine that governments would invest energy and money in seeking safer pesticides, planting wildflowers in public spaces, and helping farmers learn to incorporate pollinator-attracting crops into their row plantings. But that would require a new way of seeing value. And since those solutions are more individualized and smallish in scale, to make such a shift on a large scale would likely require public policy initiatives, and possibly even mandated behavior.

Industrial farming practices prefer things get done faster and want bigger results from the energy input. But the conventional farming method of planting monocultures, fed chemically rather than nurtured organically, and spraying massive quantities of pesticides, has left us with weakened soils, superbugs, and pollinator declines.

This agricultural crisis has spawned technology designed to attempt what bees have so elegantly done for millions of years: pollinate flowers. So what would be the obvious solution in the high-tech age? Robotic pollinator drones, of course. Could tiny mechanical insects collect pollen and transfer it to the next flower as efficiently as bees? The obstacles to successfully pollinate millions of acres in the field are many. Are the little insects to be piloted or programmed? How many would be needed? How will the pollen stick to the drone’s body? Does it need to be hairy like a bumble bee? Should it vibrate and buzz? Can artificial intelligence program them to know which flowers to visit? Should they be able to sting? (You laugh, but this is touted as a cure for arthritic joints.) There is much to figure out.

Not to be daunted by the challenge (nor repelled by the very nature of the idea), researchers have come up with a few design models. Even Walmart has gotten in the game by submitting a recent patent for a particular version, not in a serious attempt at researching the possibilities, but to assure a continued cut of the food market, just in case. And which privileged humans would have access to these miniature robots and the patented technology that drives them? Will I be forced to “rent” drones for big bucks, or will they be available to the public for $9.99 at Walmart?

Don’t get me wrong; I want to avoid an agricultural doomsday scenario as much as the next person. If we as a species are so ignorant that we actually cause a mass extinction of precious pollinators, I still want my grandchildren to eat while they try to undo the mess they were left with, so I’m in favor of preparation for a bad situation. But I’m more in favor of proceeding under a precautionary principle than trying to clean up the mess later if it goes haywire for lack of early scrutiny.

As I sit on my porch watching the pollinators in my yard happily and lovingly fulfilling their role in life, I feel a sense of communion. I plant flowers attractive to them, and they assure that my flowers have the means to return fruits and vegetables, and colorful eye candy, as a reward. Then, I imagine that they are not the living creatures I admire so greatly, but some aesthetically neutral mechanical replica programmed by humans. They may get the job accomplished in the end, but pollinator drones will never exhibit the elegance of a live bee or a butterfly. And we as a human species may still get fed, but if we silently continue to allow pollinator declines, we will starve our souls and our humanity will be diminished for it.