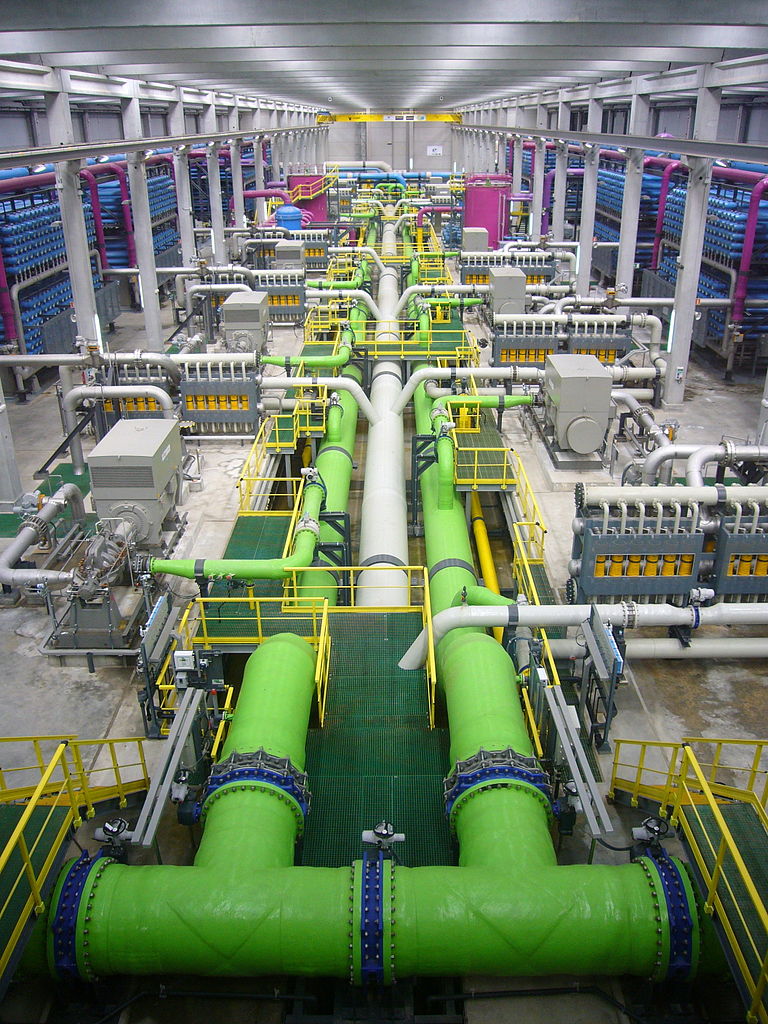 By James Grellier (Own work) [CC BY-SA 3.0 or GFDL], via Wikimedia Commons

Lockheed Martin’s Pefrorene, made from a single atom 100 nanometer thick sheet of graphene is 500 times thinner than the best desalination Reverse Osmosis technology available today and cuts energy expenses involved in the process by 99%.

Graphene made of pure carbon atoms, is arranged in a honeycomb lattice structure at the atomic-level. Graphene sheets, carbon nanotubes, and Bucky Balls can be used as super strong materials, nanofilters and more.

Desalination is a process that removes salt and other minerals leaving fresh and drinkable water. Desalination has traditionally been used on seagoing ships and submarines.

Until recently, the main process of desalination was “multistage flash distillation” which uses heat to evaporate water, leaving the salt behind. This method accounted for 80% of all desalination installations until the 1990s.

Now a newer method, “reverse osmosis desalination” is the major desalination technology. In this method, water is pumped through filtration membranes to purify it. Membranes trap larger particles, letting water through the pores and letting smaller particles through to the other side.

In 2011 the US national resources Council reported that the cost of traditional sources of water are from $.90 to $2.50 per 1000 gallons produced. The cost of desalination on the other hand ranges from $1.50 to $8.00 for the same amount of water. These costs prevent some utilities from implementing desalination on a large scale.

With the new Graphene technology the cost of desalination will now be comparable to traditional sources of water. Lockheed Martin is planning to increase production of its graphing filters and deal with some of the issues such as Thin Film Composite (TFC) sheet tears.

In coming articles on graphene we will look at its use as a super capacitor to store energy replacing batteries, as a core of advanced superconductors, and even as a solution to global warming through carbon sequestration. We will continue to report on the worldwide water shortage and any advances that are made.