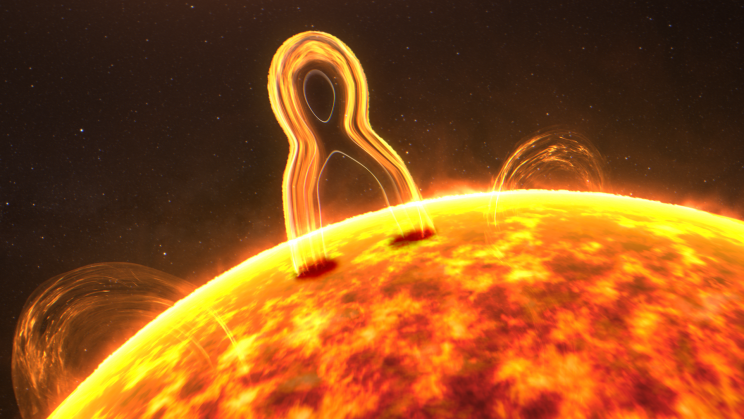 Solar flares or the huge explosions on the Sun produce energy enough to power the whole world for 20,000 years. They are powered by magnetic re-connection, an event that converts magnetic energy into other forms of energy such as heat and kinetic energy.

For more than half a century, scientists have been trying to understand how it works

A complete understanding of this process could provide new insight into nuclear fusion, which would assist in delivering abundant “green energy” on Earth. It could also allow scientists to predict particle storms from the Sun that can affect Earth-orbiting technologies such as satellites.

Barbara Giles, the project scientist for MMS, explained, “Ultimately, if we can understand how magnetic reconnection operates, then we can better predict events that can impact us at Earth, like geomagnetic storms and solar flares,”

“And if we can understand how reconnection is initiated, it will also help energy research because researchers could better control magnetic fields in fusion devices,”

NASA has managed to unravel a mystery

Now NASA scientists, from its Magnetospheric Multiscale Mission (MMS), developed a hypothesis explaining the processes occurring during fast magnetic reconnection. The findings of this study are published in a paper in the journal Nature Communications.

The lead author of the study Yi-Hsin Liu, said, “We finally understand what makes this type of magnetic reconnection so fast. We now have a theory to explain it fully.”