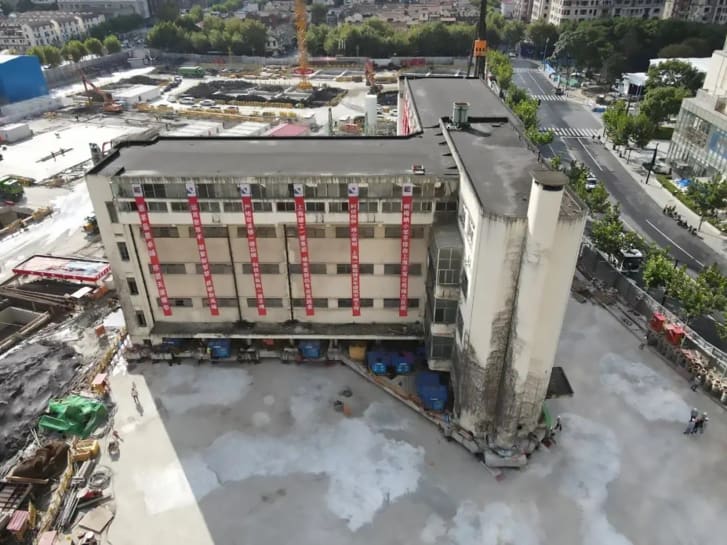 The process of moving buildings is very complicated. Typically it involves the use of slide rails or flatbeds. But this procedure does not work for oddly shaped buildings.

A similar issue aroused when a historical building that had to be moved to make way for a new commercial district in Shanghai.

For constructing a new commercial center, a T-shaped 85-year-old primary school had to be relocated. Because of the unconventional shape of this five-story building, engineers decided that traditional ways won’t work. Moreover, the building weighed about seven tonnes that made this task even more complicated.

The engineers came up with an outstanding solution…they made the building walk to its new location.

Scientists relocated the building using new technology dubbed the “walking machine.”They attached about 200 hydraulic robotic legs under the five-story building. These machines split into two groups…lifting and dropping the school up and down. This way building was able to walk to its new resting place over 18 days.

Lan Wuji, the chief technical supervisor at Shanghai Evolution Shift, said, “It’s like giving the building crutches, so it can stand up and then walk,”
He added, “Relocation is not the first choice, but better than demolition. I’d rather not touch the historical buildings at all,”

“The central government is putting more emphasis on the protection of historical buildings. I’m happy to see that progress in recent years.