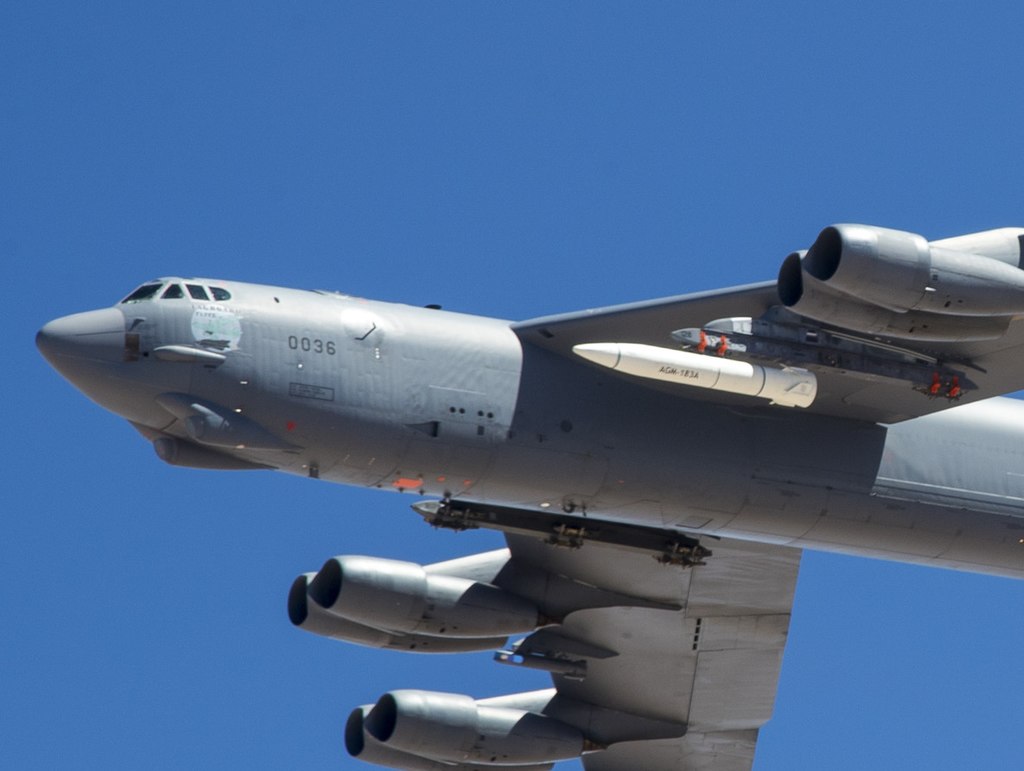 The ARRW will be carried by B-52 bomber once complete. ( (Image Source: Wikimedia Commons)

The US Air Force (USAF) has taken the first steps toward implementing its first air-launched hypersonic boost-glide vehicle, known as the Air-Launched Rapid Response Weapon (ARRW).

A USAF team recently validated the loading procedures of B-52’s newest weapon at the Barksdale Air Force Base (AFB) in Louisiana, US.

Air Force’s first Air-Launched Rapid Response Weapon, or ARRW will become a reality as early as fall 2023 when it is ready for deployment. ARRW is slated to start live-fire testing before the end of this year.

The ARRW exceeds five times the speed of sound

The hypersonic air-to-ground missile is launched from a rocket booster and then glides to its target at hypersonic speeds. The AARW will be capable of traveling at average speeds of between Mach 6.5 and Mach 8 with a range of approximately 1,000 miles. At this speed, it will take only 10 minutes to strike targets 1,000 miles (1,600km) away.