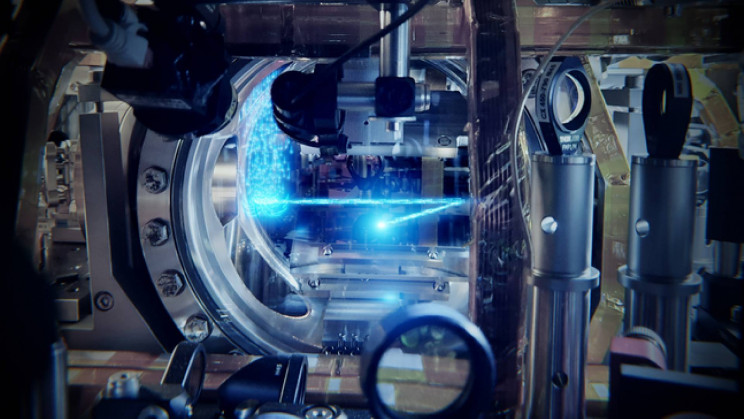 The central part of the experiment in which the coherent matter waves are created ( Image courtesy: UvA)

Physicists from the University of Amsterdam have managed to create an atom laser that can last forever.

Lasers are used in many products such as printers, CD players, pointers, measuring devices, and so on. All the light inside these lasers vibrates in sync.

Quantum mechanics tells us that particles like atoms should also be thought of as waves. Researchers are considering using an “atom laser” – a beam made of atoms marching as a single wave. They plan to use the atom lasers for testing fundamental physical constants, and engineering precision technology.

Team leader, Florian Schreck explained, “In previous experiments, the gradual cooling of atoms was all done in one place. In our setup, we decided to spread the cooling steps, not over time, but in space: we make the atoms move while they progress through consecutive cooling steps.”

“In the end, ultracold atoms arrive at the heart of the experiment, where they can be used to form coherent matter waves in a BEC. But while these atoms are being used, new atoms are already on their way to replenish the BEC. In this way, we can keep the process going – essentially forever,”

After the success in creating BEC, researchers are now planning to use the laser to create a stable output beam of matter. If they succeed in producing lasers that can operate forever and also produce stable beams, the applications will be unlimited.

The results of the study were published in the journal Nature.