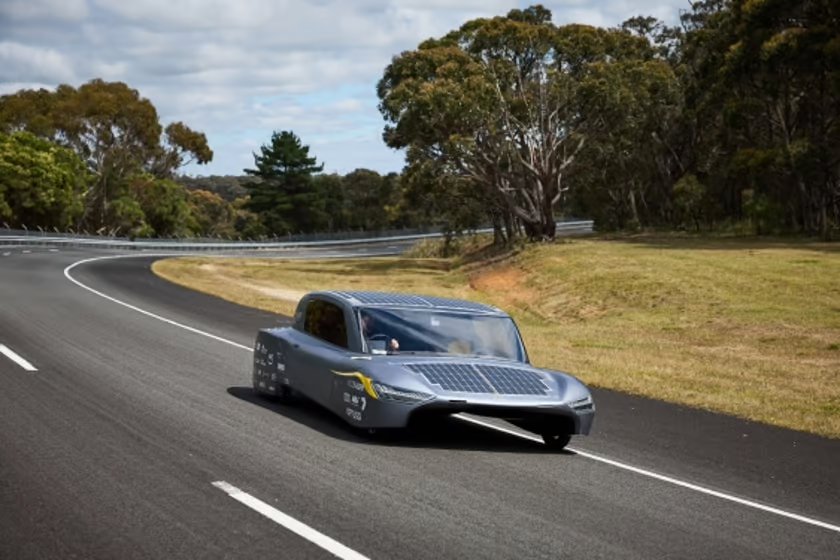 Students at the University of New South Wales, Sydney (UNSW) have attempted a Guinness World Record with their Sunswift 7 solar-powered electric car. Their car secured the title of the fastest solar-powered race car by traveling 1000 km on a single charge in under 12 hours.

In the record attempt, Sunswift 7 completed 240 laps on a single charge. It recently took place at the Highway Circuit test track at the Australian Automotive Research Centre.

Sunswift 7 weighs around a quarter the weight of a Tesla

The Sunswift 7 weighs just 500 kg (1,100 lb). In order to achieve such a low weight, developers had to forgo some features such as air conditioning, ABS brakes, airbags, and windshield wipers.

“During this record, the energy consumption was just 3.8 kWh/100 km (62 miles), whereas even the most efficient EVs on the road today only achieve a rating of 15 kWh/100km and the average is around 20 kWh/100km,” said Professor Richard Hopkins, Team Principal. “Sunswift 7 isn’t a production car of the future, since we’ve compromised on comfort and the cost is prohibitive. But we have shown that if you want to make cars more efficient, more sustainable, more environmentally friendly, then it is possible.”