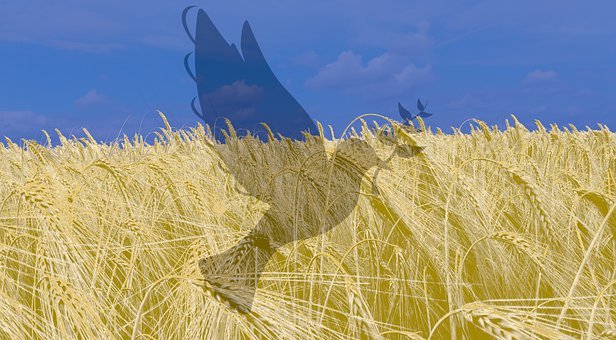 As the war in Ukraine entered its fifth week, it has delivered a shock to global energy markets. But soon this war will take its toll on the world’s food supply.

Around 25 countries rely heavily upon Eastern Europe’s “breadbasket” and at least half of their wheat supplies come from these two countries.

Since shipping ports have been closed, farmland ruined and Russia has been cut off financially because of sanctions, there is no grain export from this war-torn region. Not only this but an even larger portion of the world’s fertilizers is also stuck in Russia and Belarus.

Countries across the world will face a deeper crisis soon…supply shortages may spell widespread famine!

While most countries will possibly see higher food prices, certain countries might struggle to find adequate food at all.

Earlier this month, the United Nations estimated that the war’s impact on the global food market might result in an additional 7.6 million to 13.1 million people going hungry. While the World Food Program’s costs have already risen by $71 million per month…enough to reduce daily rations for 3.8 million people.

“If we end the conflict, address the needs, we can avoid famine, destabilization of nations, and mass migration,” David Beasley, executive director of the U.N. World Food Program, told the U.N. Security Council. “But if we don’t, the world will pay a mighty price and the last thing we want to do as the World Food Program is taking food from hungry children to give to starving children.”