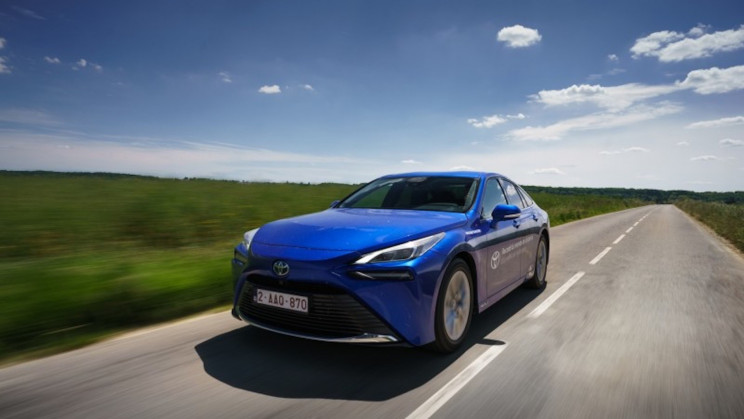 Toyota’s hydrogen-powered Mirai set a new world record for longest drive ever on hydrogen with just one fill. The new Toyota Mirai covered a distance of 1,003 kilometers (just over 623 miles). However, the previous record of 887.5 kilometers (483 miles) was held by Hyundai’s Nexo.

The record-breaking drive started at a hydrogen station in Orly, a suburb of Paris on May 26th. Mirai was on the road for 13 hours and six minutes, averaging around 68 Km/hr (42 mph).  However, after breaking the record, Mirai was ready to roll again after a five-minute fill-up.

Four drivers took turns at the wheel to complete the record attempt using Mirai’s “eco-driving” style. But, all the driving was done without using any special technique that could not be used by any regular driver.