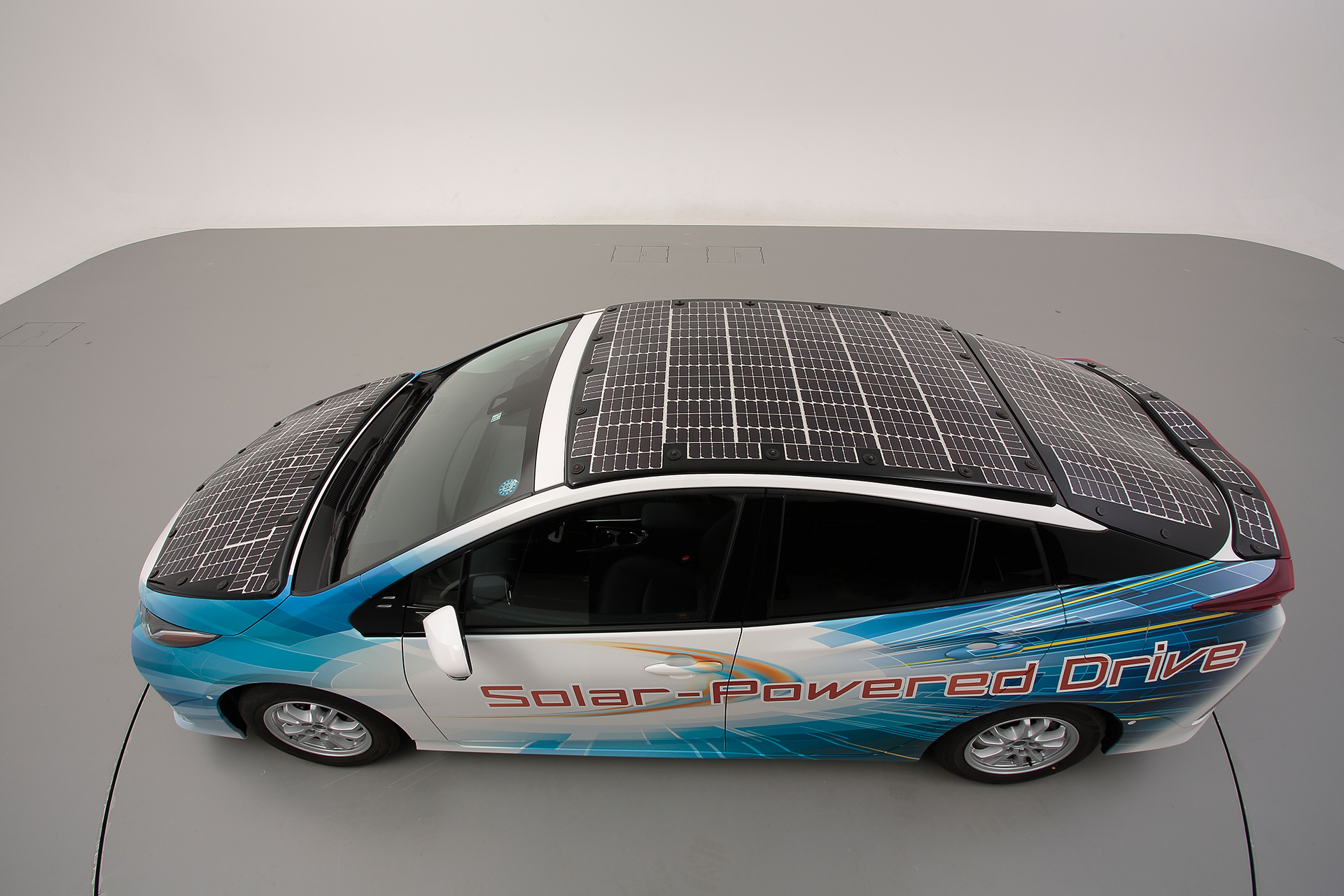 Putting solar roofs on hybrid and electric cars is certainly not a new idea – we’re sure some of you already thought about it. And it’s not a bad idea, either – being able to charge the battery of your car from the sun is efficient and cheap. However, even the best solar panels today aren’t able to provide sufficient electricity to charge the batteries of a car, even on smaller hybrids. Toyota will try to remedy that – they’re already testing new solar roofs on their Prius Hybrid that will add around 44.5 km (28-miles) of electric range per day.

Interestingly, Toyota already offers the Prius Prime in some markets with a solar roof. However, the cells on that cat aren’t nearly powerful enough to charge the batteries and are only used to provide electricity to secondary systems, such as the sat-nav or climate control. The new solar roof that Toyota started testing on the Prius Prime (plug-in in other markets) is made from Sharp and promises much bigger power delivery.

These cells are only 0.03 mm thick, yet they’re able to produce 860 watts of power, which is pretty outstanding for a vehicle of this size. To maximize the surface area, Toyota installed Sharp’s solar cells on the roof, hood, back windows, and rear spoiler. As expected, the new solar cells will charge the car while it sunbathes in the sun, but also while it drives.

Sharp’s new cells are also a milestone in solar technology – they’re able to convert 34% of the solar power into electricity, which is one of the best results in the industry.

Right now, it’s not clear what is Toyota’s plan with this technology. Their lineup only consists of hybrids and plug-in hybrids as far as electricity goes, of which the latter seems like a better option for solar roofs. The best choice for this technology might be a full-electric powertrain though – Toyota is expected to launch such vehicle in 2020.