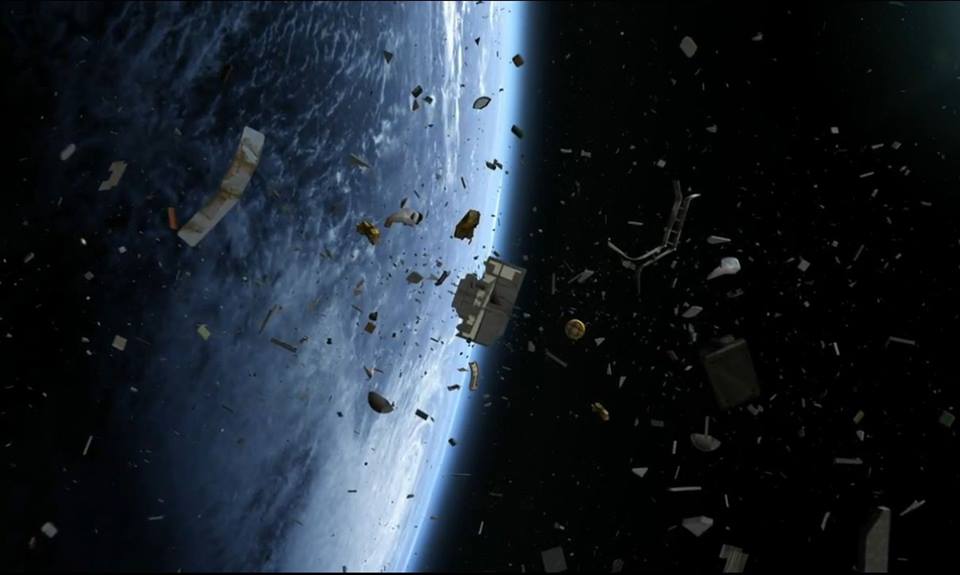 Much has been made of the danger of meteors to the earth over the past several months but a more imminent, albeit smaller threat, is the existence of tons of space junk revolving around the planet and threatening billions of dollars of relatively newer satellites. There are currently about 750 live satellites and more than 12,000 debris including dead satellites or pieces of dead satellites.

If we were to quantify the amount of knowledge that has been gained from satellites in near earth orbit it would be significant; in order to allow space and science satellites to continue to operate and provide new information on problems like global warming, action must be taken to protect these assets.

Humans have been launching satellites into space for half a century and for most of that time it was easy to avoid space debris circling the planet. But recently, the problem has grown more serious as dead satellites are beginning to collide and break apart creating more and more space junk.

A new international regulation requires all new satellites to deorbit within 25 years of the end of their useful lives. However, the effort to identify and track meteors and other space debris does not include the tracking and identification of dead satellite space junk.

NASA has a satellite repurposing program called Phoenix which is beginning to show promise. The program involves a spaceship capable of capturing dead satellites, bringing them into a work area and removing modules that are still usable. The vehicle would also grab floating junk from space and bring it aboard for disposal or to be melted down and used for new components.

Transparent Wood Could Soon End Our Reliance on Petroleum-Based Plastics