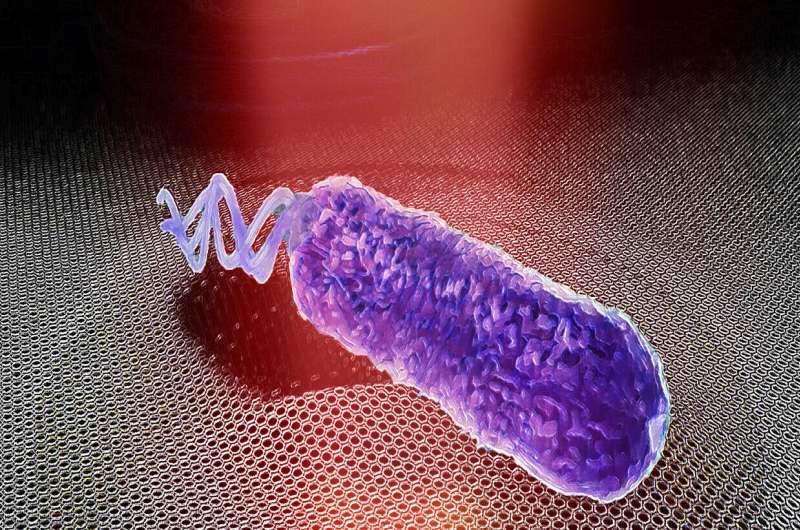 Researchers at the Delft University of Technology in the Netherlands have developed a super-sensitive listening device. The device can detect the unbelievably faint sound of the tiny movements, or vibrations, made by a single, live bacterium. Researchers foresee that this device could lead to the development of a rapid screening system for testing antibiotic resistance.

Researchers have developed drums made out of ultrathin bilayers of graphene. They used these to investigate the source of the nanometer-scale oscillations made by individual E. coli bacteria. These extremely small and dangerous microbes are growing immune to our stock of antibiotics.

Researcher and engineer Farbod Alijani, said, “Graphene is a form of carbon consisting of a single layer of atoms and is also known as the wonder material,”

So, this device could help in determining if an antibiotic has succeeded in killing a sample of E.coli. The device will capture the extremely faint sound of bacteria trying to move around or of a dead one sitting in silence.

For this study, the researchers collaborated with the nano-biology group of Cees Dekker and the nanomechanics group of scientists.

“What we saw was striking! When a single bacterium adheres to the surface of a graphene drum, it generates random oscillations with amplitudes as low as a few nanometers that we could detect,” Dekker says. “We could hear the sound of a single bacterium!”