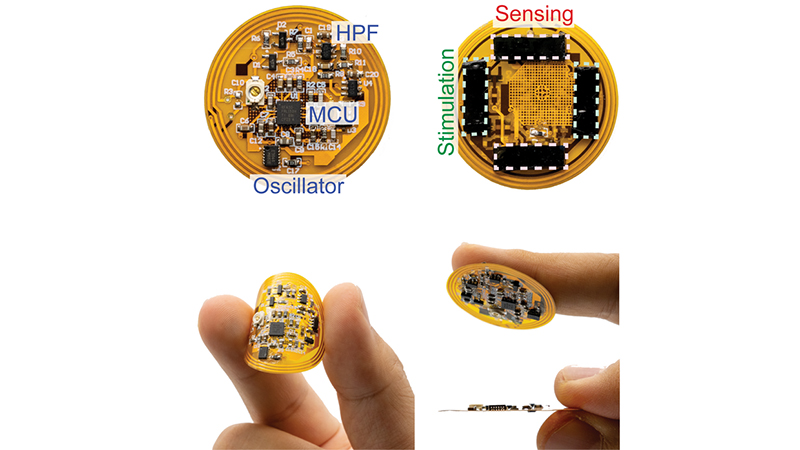 Worldwide Millions of people suffering from the diseases like diabetes and suppressed immune systems suffer from chronic wounds. These wounds heal very slowly and at times even lead to anxiety and depression. In the worst cases, these can also lead to amputation or sometimes even death.

Now scientists developed a new bandage with sensors that can detect the condition of a wound and stimulators that can deliver electric cues. 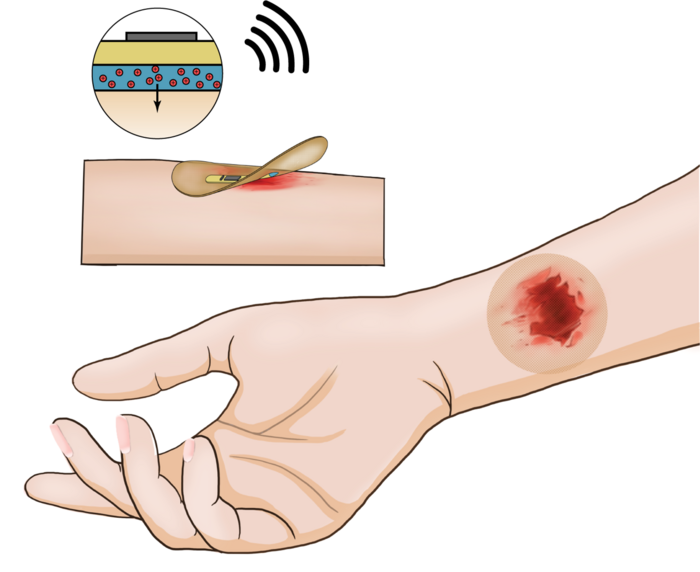 A prototype device created by scientists at Stanford University is made up of two layers. The upper layer is a 100 micron thick polymer film, upon which the electronic components are mounted. The lower layer is a “rubbery, skin-like” hydrogel that lies in contact with the wound.

The bandage allows researchers to wirelessly track the sensor data in real-time on a smartphone. For monitoring the progression of wound healing it uses temperature sensors. In case the wound is not properly healed, the sensors inform a central processing unit to apply more electrical stimulation across the wound bed to speed up tissue closure and reduce infection.

“With stimulation and sensing in one device, the smart bandage speeds healing, but it also keeps track as the wound is improving,” said Dr. Artem Trotsyuk, co-first author of a paper on the study. “We think it represents a new modality that will enable new biological discovery and the exploration of previously difficult-to-test hypotheses on the human healing process.”