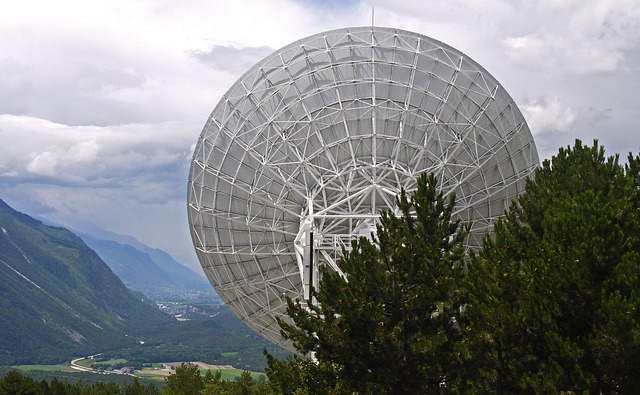 In this article we will take a look at the ten fastest growing markets and technology worldwide in 2013.

Recent reports are that the desktop market is flat and the remaining people on the planet without internet access, estimated to be about 5 billion, will get it through mobile devices over the next 5 to 10 years. Not only will great software continue to be written for smart phones but they will be extended to do things like sniff out bombs and diagnose diseases. Numerous studies draw a connection between the spread of mobile phones and economic growth.

SMS (Short Messaging Service) is one of the fastest-growing technologies surpassing the Internet in terms of users. We’ve all seen teenagers on how fast their fingers move was late type out text messages to each other, driving their parents crazy in the process. But the new push in SMS is by businesses for advertising and communications. Companies are using ERP, SAP, SQL/Oracle Databases or XL spreadsheets to integrate SMS into their businesses.

GIS is a commonly used tool for up to 80% of decisions made in local, regional and national contexts that involve some kind of spatial dimension. GIS is helping management improve capabilities and process its data more efficiently and effectively. GIS capabilities are being integrated into computer systems and software at a fast pace. A well-known example of the way in which the technology is used is delivery services such as UPS where the computer calculates the shortest distance between all of the drop off locations, understands one-way and two-way streets, and even factors in time of day traffic patterns to save time and money.

VOIP is a set of technologies that allow users to use the Internet like a telephone network at a considerable discount to traditional phone services. Features such as call-forwarding, conference calling, automatic redial, and more are typically cheaper to implement and often come as part of a VOIP package at no additional cost. VOIP has been growing at a compound annual growth rate (CAGR) of 20% since 2010. VOIP packages typically integrate all computer and phone platforms into one system.

By simply taken a walk on a warm sunny day one can feel the huge potential of solar energy to provide heat and light to homes and businesses. The worldwide solar energy market in 2010 was about $38.5 billion and depending on a variety of factors is expected to reach $100 billion by 2014. Some industry leaders and analysts believe the solar industry may take over the grid by 2020.

We are just now entering the age of the Internet of Things. Companies like riverbed technology offer products designed to improve network speed, simplicity, optimization and performance. An example of the resources of the Internet that must be connected and optimized is traffic going between users or an enterprise data center and a public cloud. To optimize network traffic a key tool is network analysis software that probe bites information about interactions and dependencies between users, appliances and systems. Tools that provide software-based load-balancing and traffic management for virtual environments and the cloud are also part of this market.

In areas such as clinical testing, drug development, disease research, biotechnology and more scientists need equipment and software to help sequence DNA and analyze genetic information. In the human genome there are 3-4 million variance identified per sequenced human genome and software is needed to help identify which variants are significant or common and identify new mutations. Analysis to provide predictions on the impact of certain genetic variables can help scientists and doctors head off diseases and negative effects to patients.

Like any software bioinformaticians, computational biologists, geneticists and pathologists are interested in working with software that makes their jobs easier. Of course hardware serves as the foundation for software and this is another area of high growth at the moment.

More and more technologies are requiring integrated semi conductors and embedded software to allow digital imaging devices to connect to each other and share information on networks, at any time and anywhere in the world. Integrated semi conductors are used in security applications, require sensors and information inputs, integrated electronics and more.  Along with integrated technologies comes the need for new forms of memory that minimizes data loss and allows quick and frictionless data retrieval. F-RAM embedded memory is an example of a technology that delivers a non-volatile embedded memory and better processor, power monitoring, data logging and real timekeeping.

The huge pharmaceutical industry is in the midst of a transformational shift where personalized medicine will drive the train. Healthcare philosophy and medical research as we’ve known it for decades as a reaction to disease and illness will become one where preventative medicine and healthcare through personalized medicine will come to the fore. This change is being driven by genomics. The science and technology behind genomics will change the way patients and doctors think about themselves and diseases. Simultaneously knowledge related to medicine will begin to grow very rapidly perhaps doubling every year. This will put a huge burden on doctors and scientists to interpret new information.

Another big shift will be the movement of drug discovery overseas to countries like China and India where pharmaceutical industry laws are different and in many cases less stringent.

The global market for cloud computing will increase from about $50 billion in 2013 to about $250 billion in 2020. This growth is driving investment in huge data centers and vast warehouses of computers. Nearly everyone these days uses a cloud software of some kind: Google docs, Gmail, or data backup services like SugarSync. Both individual users and huge companies are making the move to the cloud and it is now believed that one dollar out of every five dollars will be spent on cloud-based software and infrastructure. Companies like SAP, Cisco, Amazon and many more are a drafting the SaaS (software as a service) model where installation of new software and upgrades will take place in the cloud rather than on each individual machine. According to data the three most common SaaS solutions are Customer Relationship Management (CRM) at 40%, Enterprise Content Management (ECM) at 37% and Digital Content Creation at % 23%.